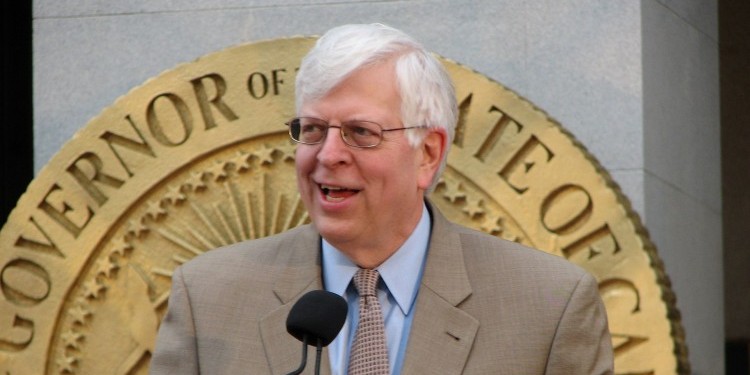 Thank you for the congratulations. The same to you on re-launching the Conservative Book Club.

I have taught the Five Books of Moses (the Torah) from the Hebrew for 40 years. Studying the Bible brings me closer to God than anything else, including prayer. Prayer, after all, consists of our words, while the Bible consists of God’s words. And no part is more God-based than the Ten Commandments, which begins by telling us that “God spoke all these words.”

The major reason for writing this book – the shortest one I have ever written, by the way – is that I am certain that the Ten Commandments provide the greatest recipe ever devised for a good world. I explain why in the book.

Another reason is to show how profound and relevant this 3,000-year-old text is. The foolish age in which we live believes it is the smartest generation that has ever lived, that it doesn’t need any text, let alone an ancient and religious one, to tell it how to live, and therefore it can make up moral rules on the fly.

Those two reasons are largely dedicated to the non-religious parts of society. Here is a reason dedicated specifically to the religious: Many Christians and Jews – even knowledgeable ones – need to better understand the Ten Commandments. How many know that the Sixth Commandment does not forbid killing? That the Tenth prohibits coveting, but not lust or envy? That “Do Not Steal” alone should have banned the African slave trade? Or that humane treatment of animals is legislated for the first time in history in the Ten Commandments?

Definitely did not know about the animals’ part – but glad that is inferred!  What do you hope people will take away after reading your book?

I hope that one conclusion people draw from the book is that only Judeo-Christian values, based on the Ten Commandments, will prevent our civilization from disappearing just as all previous civilizations have.

As this is Easter/Passover week, I would love to know your opinion about the current state of our public secondary schools, and what seems to be a never-ending move towards secularism.

The most dynamic religion in the world over the past hundred years has not been Christianity or Islam, but Leftism. And among Leftism’s major components are godlessness and secularism. These disguise its religious nature. Therefore, Leftism’s doctrines can be incorporated into school curricula in a way that no God-based doctrines would be.

Almost every social dysfunction and moral confusion in America society has emanated from this secularism. Our schools – even elementary schools – are godless institutions, devoid of any elevating values and ideas. After all, if there is no God, there is nothing to elevate people to.

Can you talk a little bit about Prager University and its mission?  I learned of it a little while back and was happy this educational tool existed to teach citizens about American civics and history.

Prager University (www.prageruniversity.com) was started about four years ago to help undo the damage universities have done to moral clarity and wisdom. We create very sophisticated videos (intellectually, graphically, and in terms of entertainment value), with some of the world’s finest thinkers, on just about every topic outside some of the natural sciences. We have departments of Political Science, History, Economics, Philosophy and Religion and Psychology; and we’re about to open a department of Environmental Science. The powerful twist is that all our video courses are only five-minutes long.

We release a video every week. Among those giving courses have been George Gilder, George Will, Bret Stephens, Walter Williams, Alan Dershowitz, Jonah Goldberg, and Heather MacDonald, and a black member of the South African Parliament.

Our goal is that within a few years, with hundreds of courses, those who watch all the Prager University courses will receive a considerably deeper education (outside of the natural sciences, engineering, etc.) than in almost any liberal arts university. But we have a steep hill to climb because undoing the damage of the university is a monumental task. We’re up to it; but we need help. While our courses are free, it costs a lot to produce them, both in time and money. We’re a 501c3, by the way.

What a wonderful resource!  What books, or conservative-themed books, influenced your political philosophy and outlook on life?

The more I live the more I realize that the Bible (particularly, though certainly not only, the Torah) has overwhelmingly shaped my values. On my website (www.dennisprager.com), I list the ten or so other books that have helped shape my thinking. Thirty-three years as a radio talk show host (the last 16 nationally syndicated) have also profoundly affected me, since I get to bounce every idea I have off millions of people.

You are doing a great service just by existing. The CBC was important in the pre-digital age. It can be truly vital now, since it can have a far broader reach through the internet.

For example, let people know what books of importance are out there, write short reviews of them so that people know more than the title. My last book, Still the Best Hope: Why the World Needs American to Triumph made it to the New York Times Bestseller list, but a great many conservatives still do not even know that it exists. Admittedly immodestly, I will say that I believe it is the best single book explaining the three competing doctrines of our time: Left, Islamism, and Americanism. So we really need you, Conservative Book Club. Good luck.

Thank you Mr. Prager!  We are constantly uploading new and deserving books and reviews to our book directory in order to meet the needs of our members.  Happy Holidays for you and your family!