Conservative Book Club » Author Interviews » The Fall and Rise of Bernie Kerik: From Prison to Redemption to Criminal Reform Advocate

The Fall and Rise of Bernie Kerik: From Prison to Redemption to Criminal Reform Advocate 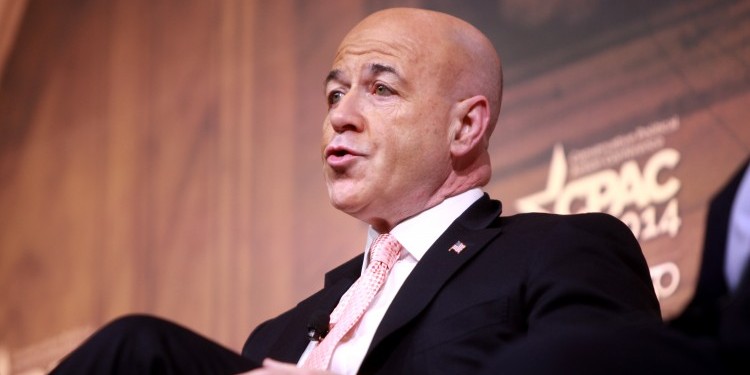 Bernard (Bernie) Kerik, the famed NYC Police Commissioner during the 9/11 attacks and one of the most celebrated law enforcement officials in the nation, recently released a new book, and was recently released — from prison.  Kerik has written a redemption-themed memoir called Jailer to Jailed: My Journey From Correction and Police Commissioner to Inmate (Published by Threshold Editions).

Jailer to Jailed details the journey of Bernie Kerik, a self-made man who overcame tragic adversity as a child (his mother was a prostitute allegedly killed by her pimp), to one of America’s great law enforcement success stories.  But his very public fall from grace led him to one of the least likely outcomes of a storied law enforcement leader — a prison inmate.

But the story doesn’t end there as Kerik’s book is not only a “tell-all,” but one of redemption and correcting a criminal justice system he believes is failing society.  How did Kerik, a former corrections and police commissioner, rise from the depths of despair to become an advocate for criminal justice reform?

We interviewed Kerik and asked him to tell his story, talk about his new book, and what he thinks the future holds for himself.

For those of who may not remember, Bernie Kerik was the famed NYC Police Commissioner whose tenure overlapped during the 9/11 attacks.  Under his watch, along with Rudy Giuliani, both helped calm a shaken city and led the city-wide emergency response efforts.  For his exemplary work, President George W. Bush appointed Kerik to serve as the Interior Minister of the Iraqi Coalition Provisional Authority in 2003.  A year later, Bush would again appoint Kerik to serve as the new head of the US Department of Homeland Security.

But before his nomination was considered by the US Senate, Kerik withdrew his nomination after admitting he employed an illegal immigrant as a nanny.  His troubles continued in 2006 as he plead guilty to two unrelated ethics violations by the Office of the Bronx District Attorney.  Three years later, after pleading guilty to eight federal charges including criminal conspiracy and tax fraud, he served three and a half years in a Maryland federal penitentiary.  Recently released, he published Jailer to Jailed, using his personal experiences as a backdrop to become an outspoken advocate for criminal justice reform.

In our interview, we asked him to give us an overview of his book and specific takeaways he wants readers to leave with.  He believes the criminal justice system is in need of reform as it is creating a “second class of citizens.”

He considers the mandatory minimum laws, especially in regards to low volume, drug-related charges as highly punitive, especially for younger offenders.  When these inmates are released from jail they are considered felons and have an 80% less chance of success in life, as most employers use background checks and are allowed to make hiring decisions based on these records.  This limits the ability for released, nonviolent felons to start anew and have a second chance in life.

Because of limited job prospects, many revert to previous criminal lifestyles as their professional options are limited, thus increasing criminal recidivism.  Kerik asks, “How is it possible that we (the United States) are 5% of the world’s total population, yet we incarcerate 25% of the world’s prisoners?”  The US currently incarcerates over two million Americans.

Kerik suggests “reforming the mandatory minimum sentencing laws and providing alternatives to incarceration that are realistic.” Instead of sending nonviolent, low-volume offenders to jail, the criminal justice system should offer other means of rehabilitation, including counseling, community service, or alternative rehabilitation “boot camps” for younger offenders.

It’s obvious that Kerik has a great deal of passion for giving people, especially younger people, a second chance at life.  He fears the recidivistic cycle of crime will perpetuate itself if these people are not allowed a second chance.  It’s something he can now relate to.

As for his future, he says he has no idea what’s in store for him and his raison d’etre.  When asked about his redemption and what makes him move forward in life, he simply states, “my children.” He has four children of which two are teenagers, ages 12 and 15, and one who followed in his father’s footsteps and is currently a police officer in New Jersey.