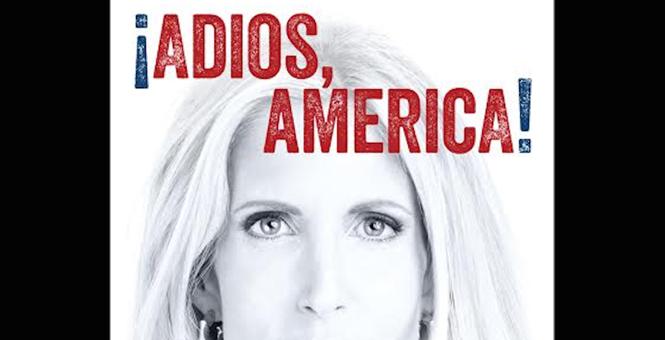 Soaring to the top of the Conservative Bestseller List in its first week of release, Ann Coulter reminds us why she is a perennial bestseller.  Her new offering, Adios, America!: The Left’s Plan to Turn Our Country Into a Third World Hellhole, takes on La Raza, the Democrats, and the illegal immigration establishment.

“No one would accuse Ann Coulter of mincing words in her new book title as she takes on the illegal immigration lobby,” said Christopher N. Malagisi, Editor of the Conservative Book Club.  “With her trademark humor and biting wit, she sounds the alarm on the federal government’s ineptness on the issue of illegal immigration.”

The Conservative Book Club’s weekly Conservative Bestseller List will be announced each Wednesday and is the most accurate, unbiased, data-driven source for ranking books on conservative topics.