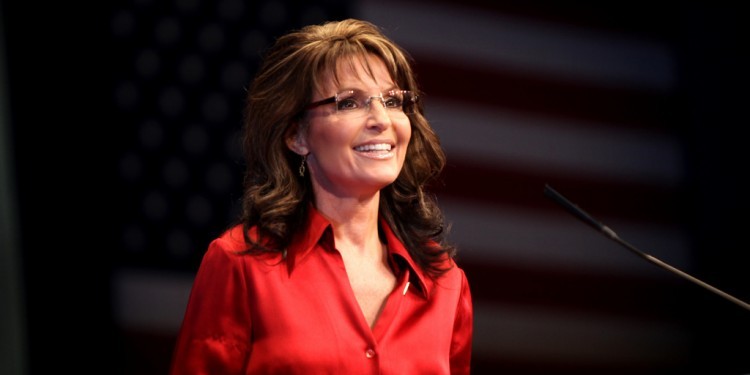 Former Vice Presidential candidate and governor of Alaska, Sarah Palin, joins and endorses the Conservative Book Club! She is also author of the bestselling books Going Rogue: An American Life and Good Tidings and Great Joy: Protecting the Heart of Christmas. Check out her hilarious endorsement of the Conservative Book Club!  She personally came by our office yesterday after participating in the Anti-Iran Nuclear Deal Rally in Washington, DC, with Sen. Ted Cruz and Donald Trump.

Sarah Palin is an American politician, commentator, and author. She is the former Governor of Alaska, the first female to hold the office and the youngest in state history. In 2008 Senator John McCain chose Palin as his vice-presidential running mate, making her the first woman ever to run on the Republican Party’s presidential ticket.

Prior to her election as governor, she served two terms on the Wasilla City Council and two terms as the mayor of Wasilla. She is past chair of the Interstate Oil and Gas Compact Commission, a multi-state government agency that promotes the conservation and efficient recovery of domestic oil and natural gas resources while protecting health, safety, and the environment. She also served as chair of the National Governors Association (NGA) Natural Resources Committee.

Palin is a contributor for FOX News and best-selling author. She is married to Todd Palin, a lifelong Alaskan. The couple has five children and two grandchildren.