#TBT: When Romney Was Right On Russia Against Obama 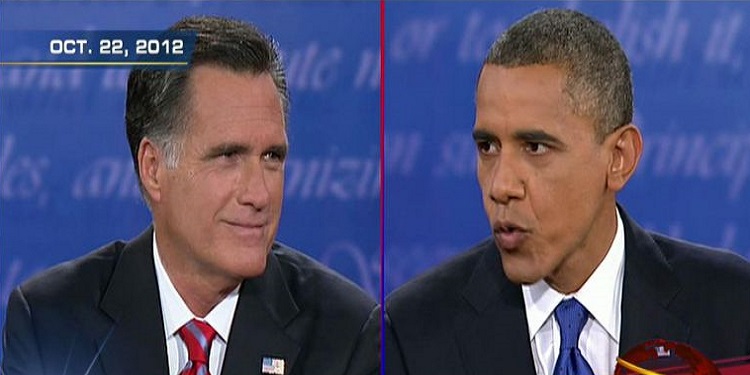 During one of their debates for the 2012 presidential election, Mitt Romney and President Obama debated over who was America’s biggest enemy. Mitt Romney asserted that Russia was the bigger threat.

President Obama mockingly ridiculed Romney stating that, “the 1980’s are calling to ask for their foreign policy back, because the Cold War has been over for 20 years.”  Obama came off as childish — and was downright wrong, as recent events in Ukraine and now Syria have proven.

Obama may have scoffed at the idea that Russia was still a threat to American interests, but Russia’s diplomatic entreaties to Iraq and military action in Syria have made Mitt Romney correct.

Earlier this week Russia sent forces to Syria.  They began air-strikes against U.S. backed Syrian rebels and are propping up the Assad regime.  In addition, Russia, Iran, Iraq, and Syria announced an intelligence-sharing agreement.  The DOD is scrambling to figure out what U.S. secrets Iraq is giving to Russia.