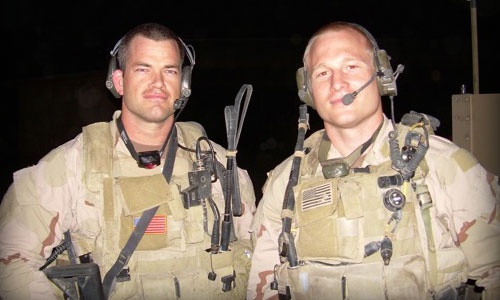 Find out from our featured authors this week — former Navy SEALs,  Jocko Willink and Leif Babin!  They are the author of Extreme Ownership: How U.S. Navy SEALs Lead and Win.  The book details how lessons from life as a Navy SEAL can be applied to the business world.  They also give us their take on how we can win the war against ISIS.

Congratulations Jocko & Leif on your new book, Extreme Ownership: How U.S. Navy Seals Lead and Win!  Can you give us an overview of your book, and what was your inspiration in writing it?

Before we left the SEAL Teams, we were asked to write down lessons learned so they could be passed on to next generations of SEALs, and were later added to the SEAL leadership doctrine.

Once we left the Navy and worked with companies in the civilian sector, we were asked the same thing: do you have these principles and lessons learned written in a format we can reference?  With the demand signal high, we wrote down the lessons we learned from our experiences, which culminated in our book, Extreme Ownership.

In your book, you mention leadership qualities that are important for any leader.  What are three of the most important traits a leader should have?

Humility is a most important quality for a leader.  Without humility, a leader cannot grow and learn; leaders without humility let their egos cloud their vision and decision making process.

Leaders must also have the ability to Prioritize and Execute.  When multiple problems are facing a team, a leader must be able to detach from the chaos of the situation and calmly assess which problem must be addressed first.  Once the most threatening problem is solved, the leader can then move to the next priority problem and so on down the line.

Finally, a leader must be able to balance the many opposing forces that make leadership difficult. These include: being aggressive, but not overbearing; humble but not passive; confident, but not cocky.  Leaders must balance taking Extreme Ownership of everything in their world, yet at the same time, the must exercise Decentralized Command and empower their subordinate leadership and frontline troops.

Aside from life or death situations, is there a major difference between leadership and decision making in business compared to combat?  Did it help you start your own company, Echelon Front?

In both combat and business, leadership is much the same. It requires leading a group of diverse people to execute complex missions in the most effective and efficient manner possible.  While combat often has higher consequences with lives at stake, for business leaders, capital and livelihoods are at risk.

Both combat and business therefore exert tremendous pressure on leaders and both require true leadership. More than anything, our business has thrived on this: People see the correlations between

combat and business and have applied our combat-tested leadership methods to their businesses with tremendous success.

You both have fought valiantly in the Iraq War and understand the situation America and its allies face there better than most people.  What is your current assessment of the situation in Iraq, Syria, ISIS, and how should the US combat these rising threats? 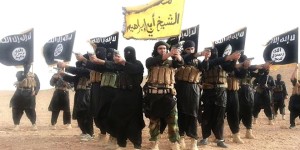 It boils down to leadership, or in this case, a lack of leadership. America has not taken a leadership role in solving these problems. We allowed the fall of western Iraq. We watched as westerners were brutally murdered.  We sat on the sidelines as thousands of Iraqi and Syrian civilians were savagely tortured and killed.  It’s still going on.

The answers are not as difficult as people make them out to be. In fact, it is all quite simple. ISIS must be destroyed. Iran, the world’s foremost sponsor of terrorism, must be put in check and must have no possible way of developing an arsenal of nuclear weapons. We must help shape Syria toward freedom and democracy.

These are simple strategic directives that a true leader would drive toward.  Our current leadership does not seem to have any vision or plan around these elements that threaten our very existence.  We teach that leadership is the most important thing on the battlefield. It is also the most important factor in our national security and will determine whether our nation will maintain a positive influence in the world or allow evil to thrive in our absence.

Tell us a little more about yourself!  Leif/Jocko