“One on One” With Fox News’ James Rosen (Author Interview) 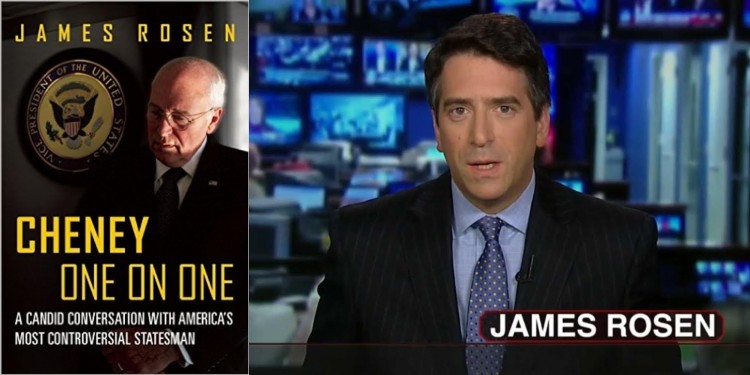 AUTHOR INTERVIEW WITH JAMES ROSEN (Fox News) – What would you ask former Vice President Dick Cheney if you could ask him anything? Fox News’ White House Correspondent James Rosen sat down with Dick Cheney for an unrestricted three-day interview in December 2014. Rosen compiled the interview into his new book, Cheney One on One: A Candid Conversation with America’s Most Controversial Statesman.

Over three days, Rosen recorded ten hours of conversations with the man known as the “Darth Vader” of American politics. With no topic off limits, the former vice president opened up about his complicated relationships with President George W. Bush and former Secretary of State Condoleezza Rice, and talks candidly about why his influence in the White House waned over Bush’s second term. Rosen also talks about the US Justice Department’s illegal spying on him and his family that made national headlines in 2013.

Rosen also presses Cheney about his WWII-era childhood, his expulsion from Yale, his political coming-of-age during the Watergate era, and his reflections on 9/11 and the Iraq War. He also discusses his role in the development of the CIA’s “enhanced interrogation techniques” and the NSA’s warrantless surveillance program, and his views on life, death, and God.

Throughout Rosen’s tenure at Fox News, he’s been responsible for covering the White House and State Department. Interesting, he previously worked for Dan Rather as a researcher at CBS, wrote his first book, The Strong Man: John Mitchell and the Secrets of Watergate, through a grant provided by conservative legend, William F. Buckley, Jr., who started National Review magazine, and has also been voted the “Funniest Celebrity in Washington” for his impersonations of political figures, such as George W. Bush, Donald Rumsfeld, Helen Thomas, Tom Brokaw, and many others.

Cheney One on One is an essential document of modern America: a major oral history whose every page contains important and fascinating recollections of one of the most tumultuous periods in our nation’s history, from one of its most powerful and controversial figures.

Listen to our exclusive podcast author interview below with James Rosen!