Hey ISIS, We’re Coming For You 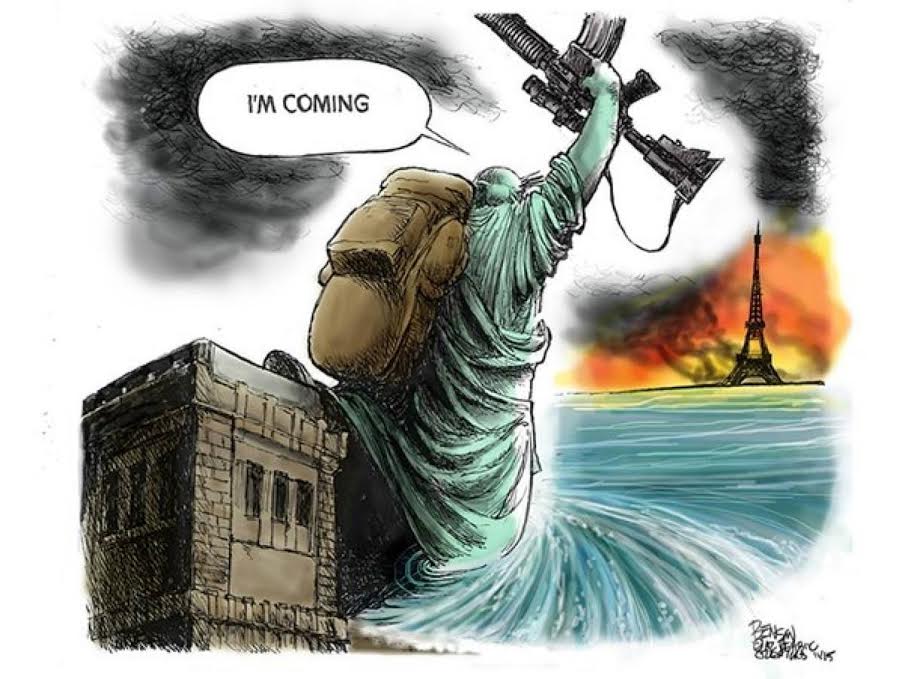 ISIS has claimed responsibility for a series of attacks in France killing at least 128 people. The Pulitzer Prize-winning U.S. cartoonist, Steve Benson, created this great cartoon to honor France.

After the horrific September 11th attacks. France stood by America’s side in the aftermath.  In response to the attack, then French President Jacques Chirac provided a strong statement condemning Al Qaeda and backed it up with force. He visited the United States and stated “France, I can tell you, will not stand aside in a fight against a scourge that defies democracies.”

He continued stating that “Today it was New York that was tragically struck, but tomorrow it may be Paris, Berlin, London.” NATO then issued Article 5 of the North Atlantic Treaty, with France offering warplanes and commandos to support a U.S. led invasion of Afghanistan.

In contrast, President Obama ruled out boots on the ground to fight ISIS today, stating that “It is not just my view, but the view of my closest military and civilian advisers, that that would be a mistake.”

Is it time that the United States returned the favor and rallied behind France like they rallied behind us following the September 11th attack? Drop a comment below and let us know what you think.

If interested in learning more about ISIS, check out The Complete Infidel’s Guide to ISIS, by Robert Spencer, and It IS About Islam, by Glenn Beck.