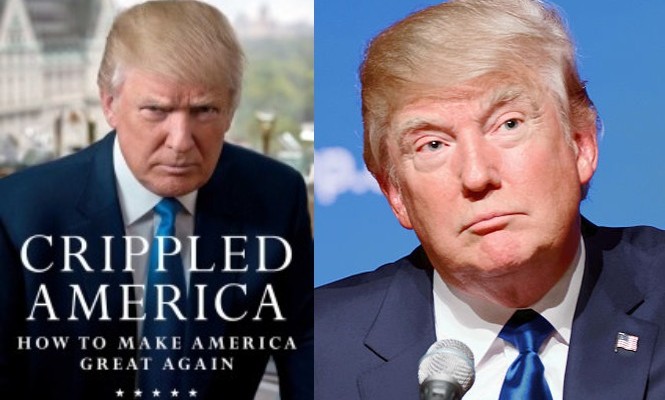 WASHINGTON, DC – After being stuck in the middle of the pack for several weeks, Donald Trump inches his way back to the top tier of the Conservative Bestseller List landing at No. 3.  His new book, Crippled America: How to Make America Great Again, was released in early November and has been on the List since then but dipped in standing after its first week of release.

Trump’s new book details his policy prescriptions for America, including his strong anti-illegal immigration proposals that have caused some controversy in recent weeks due to his deportation plans and call to end Muslim immigration into the U.S. temporarily.  The book was quickly written over the summer to answer critics who believed Trump did not have a solid grasp on public policy.

“Like his presidential campaign, Donald Trump has had amazing staying power,” said Christopher Malagisi, Editor of the Conservative Book Club.  “In a week where the postmortem of Trump had been written again, he somehow continues to dominate not only the presidential polls but the bestseller lists as well.”