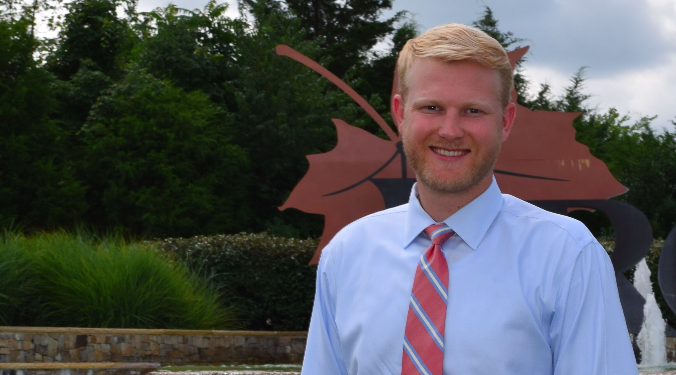 Congratulations Ron on being our Conservative Book Club “Member of the Week!” Tell us a little about yourself and the work you do as Editor of RedAlertPolitics.  What’s an average day like for you?

Well, I always joke that I have two full-time jobs, but one is technically part-time. In addition to editing and managing Red Alert Politics, I was also elected to the Loudoun County Board of Supervisors last November. Luckily, the Board members can hire staff and Board meetings are in the evenings.

At Red Alert, my normal day involves selecting which stories and topics our writers will cover, editing those stories, optimizing them for social media, and, if time permits, writing some commentary of my own.

My goal at Red Alert has been to get the publication back to its founding mission: to reach millennials with center-right news and analysis about our generation. Instead of rehashing yesterday’s news, Red Alert is covering the issues that matter to young professionals and college students – from the new economy, to college affordability, campus controversies, and the 2016 candidates’ plans for millennials.

In college, my interest in politics led me to write for the college paper and start a talk radio show on campus; through networking and Young America’s Foundation conferences, the show was able to interview some high-profile guests. At the same time, writing helped launch my career. An op-ed I authored about why the age for running for Congress should be dropped to 18 landed me on Fox News. After I graduated, Young America’s Foundation hired me as the spokesman, and I have been active in conservative media ever since.

Great question. I read a lot of political books in college, much more than I do now. Bastiat’s The Law, Barry Goldwater’s Conscience of a Conservative, Mises’ Human Action, and The Federalist Papers were probably the most influential. My favorite modern authors are Jonah Goldberg, Burt Folsom, and Newt Gingrich.

Conservatives need to be on the cutting edge of new ideas, and new ideas are best flushed out in books. You can only cover so much in an 800-word op-ed; sometimes, you need to get in depth to prove a specific point or merit of a policy. Conservative Book Club keeps me updated on the best, new conservative books – while appreciating the historically significant books everyone should read.