Movie Review: The Revenant – A Tale of Betrayal, Revenge, and Redemption 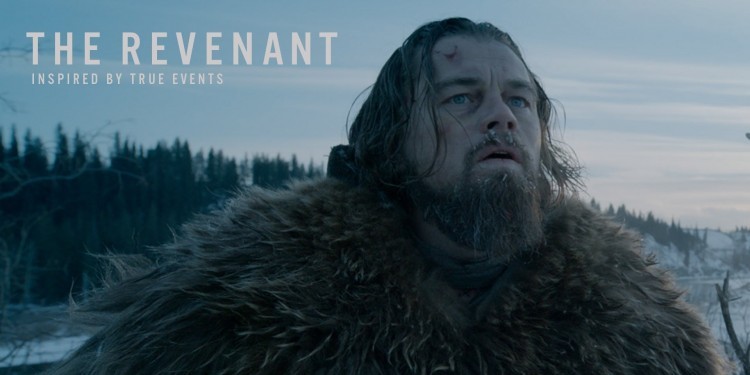 Based on true events, The Revenant quickly captures the viewer’s attention as the story commences with a fierce battle between the Native Americans and the fur trappers in the middle of nowhere South Dakota. The entire film is laced with stunning scenery, raw human emotion, physical grit, and a gorgeous soundtrack that ensures the senses are engaged.  Renowned filmmaker and Academy Award winner (Birdman) Alejandro Iñárritu co-wrote and directed the masterpiece, and ensured that the film was as authentic as possible. 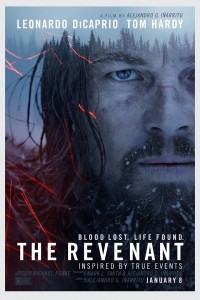 Michael Punke’s novel of the same title, The Revenant follows the story of Hugh Glass (DiCaprio) a fur trapper who is brutally mauled by a bear, betrayed and left by his own trapping team, and by sheer grit and determination survives against all odds. The expedition’s leaders paid two men to stay with Glass during what they thought would be his last days. John Fitzgerald and a junior team member, Jim Bridger volunteered to watch over Glass.

Nausea swept over me as the story of Glass (DiCaprio) and Fitzgerald (Hardy) unfolded. Fitzgerald who had promised to care for the severely injured Glass, quickly became convinced that Glass wouldn’t make it, so he and Bridger abandoned the dying man in a shallow grave without a gun or supplies. In the film, Fitzgerald murders Hawk, Glass’ half Indian son, adding another layer of betrayal to the story. While this part of the story was fabricated for the big screen, the fact remains that Glass was betrayed by the one who was supposed to be protecting him.

My heart was frustrated and angry over the betrayal of Glass, and then I read the director, Iñárritu’s thoughts on Glass’ character

The evolution of Glass’ character, according to Iñárritu is a narcissistic rebirth. As I read the quote from Iñárritu, I immediately thought of one of the most beloved quotes from Tolkien’s Lord of the Rings series

“Gandalf! I thought you were dead! But then I thought I was dead myself. Is everything sad going to come untrue?”

Rebirth, sadness undone, hardships redeemed – all noble stories have a hopeful theme. As I watched The Revenant, I saw myself and all of humanity in Fitzgerald’s character. The depth of sin knows no limits. Some of us are better at hiding our sinful hearts, and appearing to have it all together. We’re what the Bible refers to as Pharisees – looking good on the outside, but bad on the inside. As Fitzgerald’s character continued developing, I kept thinking “Surely, he can’t get worse.” As quickly as I thought that, Fitzgerald got worse.

Humans are innately sinners due to the fall. Badness isn’t even the core of the issue; spiritually we’re dead and headed for eternal judgment because of our sin. Rebirth and redemption are possible through the death, burial and resurrection of Christ, who took the wrath, meant for sinners and satisfied the debt that is owed. Because of the finished work of Christ on the cross, a spiritual rebirth is possible.

My hope is that the overt themes of grit, betrayal, vengeance, and redemption in The Revenant will cause people to consider the deep realities of life, the human heart, and their ultimate eternal destination.

In closing, his masterpiece of a film left me speechless and deep in thought. While parts of this movie were difficult to watch due to the violence, the heart of the film far outweighs the gore.