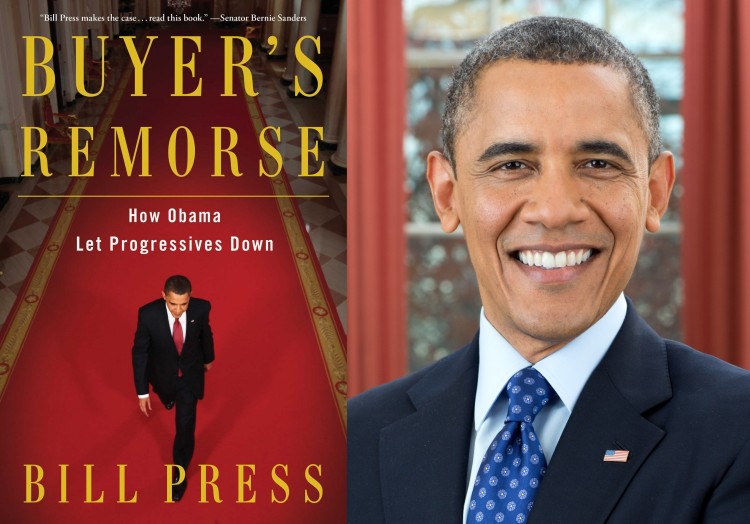 WASHINGTON, DC – Believe it or not, there is a huge segment of the Democrat Party that feels President Obama is not progressive enough, detailed in Threshold Edition’s new bombshell book, Buyer’s Remorse: How Obama Let Progressives Down.  The best part is that this book was not written by a conservative, but from an actual dyed-in-the-wool liberal.

The author of the book is Bill Press, the one-time co-host of CNN’s Crossfire debate show. He explains in great detail the many ways President Obama has failed to live up to his promises, leaving Democrats disillusioned on issues that matter most to them. From climate change to gun safety to, yes, even health care, Obama’s legacy on important issues falls far short of their transformational dreams of change.

Below is a quote from the book description:

“President Obama rode into office on a celebratory tide of liberal jubilation, but as his typically centrist presidency comes to a close, he leaves his supporters haunted by what might have been.”

In response, CBC Editor in Chief Christopher Malagisi says, “It’s hard to believe that many progressives think Obama did not do enough in his attempt to fundamentally transform America.  Most conservatives think he’s pretty much gotten everything he wanted, from Obamacare to the Iran Deal, to doubling our national debt.  It’s no wonder why conservatives are choosing outsiders in IA and NH who are promising to fight back.”

Buyer’s Remorse is our Notable Mention feature for this week.