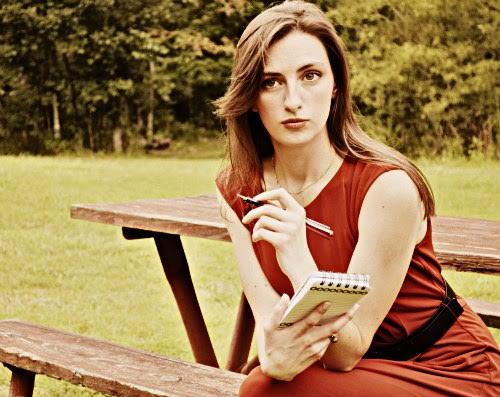 Congratulations Amanda on being our Conservative Book Club “Member of the Week!” We appreciate you writing book reviews for the site!  Tell us a little bit about yourself.

As a homeschooled military child who lived abroad, self-governance and civic matters came naturally. The liberty to take charge of our own educations has always been important to me. My parents are politically savvy, and being raised unconventionally as the eldest of 9 children, daily conversation is animated and nothing is taboo. I became politically aware as a 10-year-old witnessing the hotly contested 2000 presidential election. Then 9/11 happened, and covering political news became a habit in a little e-newsletter I created and distributed. My passion came to be historical explanations for current events, and telling these stories in artistic ways, such as narrative non-fiction or historical drama screenwriting. At Troy University, I majored in History and minored in Political Science (I considered a minor in Drama, but found politics has a satisfactory amount of drama).

In one book project of mine discussed at www.TheCrusadingChemist.com, I’m examining America’s morph into federal bureaucracy at the turn of the last century through the life story of USDA Chief Chemist Harvey Wiley (1844-1930), who experienced head-on cronyism and politically correct science while attempting food and drug regulation. I began researching this subject as a teen, and I find it more relevant by the day as we assess what should be the purview of federal government, and what should not.

After routinely blogging during and following the 2008 presidential election, my friend Brent Heard recommended me to new media editor and entrepreneur Jacquie Kubin, and my column writing took off from there. You’ll find my work at a variety of outlets, including a venture into radio at the History Author Show, which can be found on iHeartRadio, iTunes, and more. Conservative Book Club members will love it!

You’re the Coalitions Director for the Convention of States Project.  Tell us about this.

To be exact, I’ve worked as Coalitions Director (now Media Liaison) for Convention of States Project Alabama, encouraging organizations to support the passage of a resolution in the Alabama State legislature calling for an Article V Convention of States in order to amend the Constitution with further restraints on the federal government. Two-thirds of the states (34 states) have to present matching resolutions to Congress in order to officially call for an amending convention, at which states’ delegates debate and vote upon amendments that then must be ratified by legislatures of three-fourths of the states (38 states) in order to become part of the Constitution. You can see here a brief informative video on the process.

Last year our resolution finally passed the Alabama House and Senate, and Alabama became the 4th state to call for a Convention of States. There is now a total of seven states on board: Georgia, Alaska, Florida, Alabama, Tennessee, Indiana, and Oklahoma. I think COS serves as an important reminder that conservative governing philosophy is about more than, say, just the presidency. We need to be active at all levels of government. I recently became a 2016 James Madison Fellow, and look forward to teaching high school students about the U.S. Constitution so they will be well-equipped citizens.

I credit Laura Ingalls Wilder with shaping my literary outlook on life, because her books helped me see daily life as a story. Rush Limbaugh was a familiar insightful voice ever since I can remember, and the wit and verve of Ann Coulter and Michelle Malkin kept me in journalism. The writings of James Madison, Thomas Jefferson (much literature from the Founding generation, really), C.S. Lewis, J.R.R. Tolkien, Francis and Edith Schaeffer, George Orwell, Jane Austen, Wilhelm Röpke, John Lennox, Larry Alex Taunton, Jay L. Wile, Isaac Newton, Leonardo da Vinci, and Laura Hillenbrand have all inspired my thought on issues of the heart, mind, history, science, art, and government.

After a few years of reporting and opinion writing, I enjoy the company of literature lovers who don’t demand articles cater to a 4th grade level. I like that CBC gives us the opportunity to hold authors in our field to a high standard, and provoke critical thought among readership.