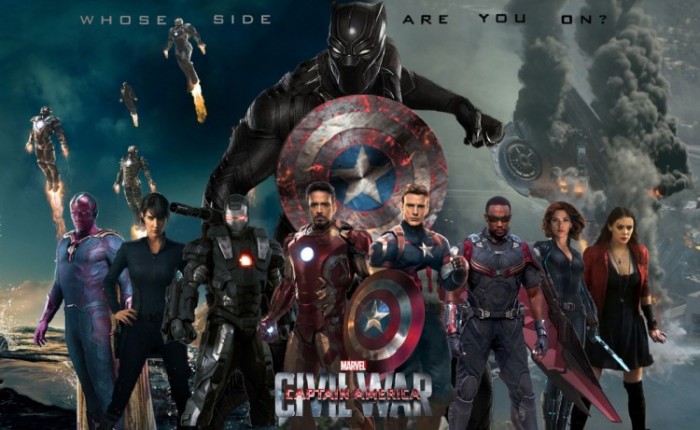 If there is such a thing as a flawless superhero movie, then Captain America: Civil War should be on a shortlist of contenders. Directors Joe and Anthony Russo were given $250 million and asked to deliver a blockbuster that seamlessly links multiple Marvel Studios projects and a sprawling cast of characters. The end result is a film with heart, soul, depth, breadth, and humor.

Civil War kicks off with a mission by Captain America (Chris Evans) and his Avengers to capture a wanted terrorist in Nigeria. A bomb detonated during the team’s confrontation with Crossbones (Brock Rumlow) kills civilians, and the international community immediately demands an accord covering super-human behavior. Public outcry reaches a fever pitch when Steve Rogers’ friend is suspected of attacking the United Nations and killing Wakandan king T’Chaka (John Kani). Iron Man (Robert Downey Jr.) wants a leash put on his allies, and the ensuing resistance leads to one of the most epic cinematic superhero battles of all time.

What makes Civil War so impressive is not that it highlights a brawl that has been building since 1998’s Iron Man. The fight scenes are memorable — and the debuts of Spider-Man (Tom Holland) and Black Panther (Chadwick Boseman) are pitch perfect — but the movie should be lauded for successfully addressing big ideas.

“Compromise where you can, but where you can’t — don’t. Even if everyone is telling you that something wrong is something right. Even if the whole world is telling you to move, it is your duty to plant yourself like a tree, look them in the eye, and say, ‘No. You move,'” S.H.I.E.L.D. agent Sharon Carton (Emily VanCamp) tells Rogers of the advice her aunt (and World War II love interest of Captain America) gave her as a young woman.

What happens to friends, organizations, or entire nations when key members clash over principles? Do they tear one another apart, find a way to soldier on, or amicably split ways? How much power should any one man or group wield, and who watches the watchmen? The script to Marvel Studio’s Civil War, unlike Warner Bros.’ Batman v Superman, deftly addresses these issues in ways that will have fans clamoring for more.

Anyone who is looking for superhero fare that might pair well with weekend reading of The Federalist Papers should check out Civil War. Anyone who just wants to see Captain America duke it out with your friendly neighborhood Spider-Man should do the same. In short, the Russo brothers have created a treat for all ages and one of the most impressive comic book movies of all time.