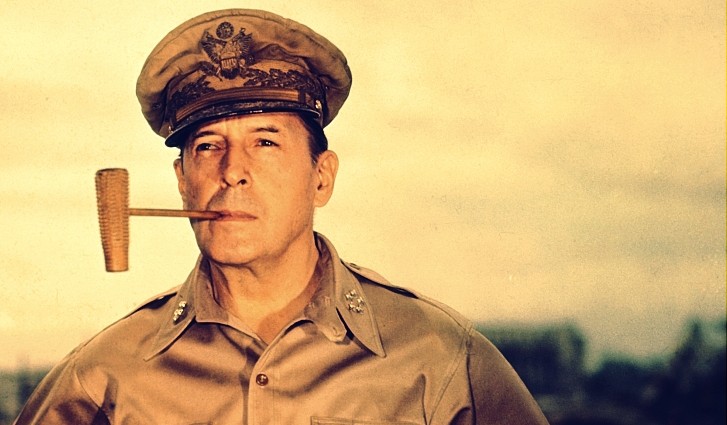 WASHINGTON, DC – While President Obama announces his plans to visit Hiroshima, Japan – the site of the first dropped atomic bomb that helped end WWII, a new biography of Gen. Douglas MacArthur lands on the Conservative Bestseller List.  MacArthur was the general responsible for American WWII military operations in the Pacific theater.  Book: MacArthur at War: WWII in the Pacific, by Walter Borneman.

President Obama has claimed his visit to Hiroshima is fulfilling a promise he made early on in his presidency and would be a vehicle in which to discuss the dangers of nuclear warfare.  Critics though say this is really an extension of the president’s never-ending “international tour of apology” for perceived American transgressions.  This would be the first time a US president has visited Hiroshima since WWII.

“In light of the infamous Iran nuclear deal, it seems President Obama is visiting Hiroshima to cement a legacy of nuclear disarmament,” said Christopher N. Malagisi, Editor in Chief of the Conservative Book Club.  “It’s important to remember though the sacrifice of the brave service men and women who died in the WWII Pacific theater by not dishonoring their legacy with a perceived apology for ending a war that was not started by the US, and potentially saved tens of thousands of American soldiers’ lives.”

New Release of the Week:

Broken But Unbowed: How to Fix a Broken America (Threshold Editions)

Movie Review of the Week: