“Me Before You” Has Me-First Approach To Suicide 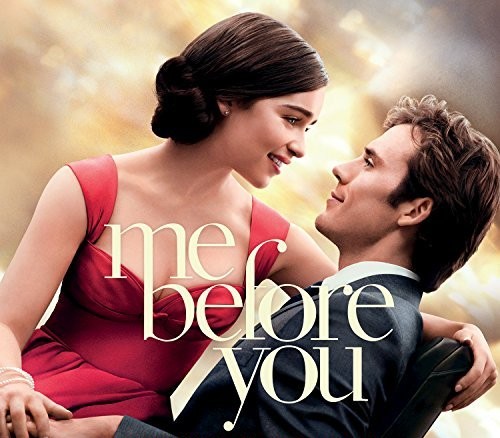 The trailer for Me Before You promises “the most romantic movie of the year”, but what it delivers is anything but romance.

The film opens as the successful, wealthy and handsome Will Traynor (Sam Claflin, The Hunger Games) is tragically paralyzed in an accident. The Traynor family hires Louisa Clark (Emilia Clarke, Game of Thrones), a joyful, quirky and inspirational girl to be a day-time companion for Will. Their rocky relationship blossoms into a friendship as the ever joyful Lou Clark makes it her mission to encourage Will. As their friendship builds, Lou discovers that Will has previous attempted to unsuccessfully end his life. Will informed his parents that he would give them 6 months, and then wanted to travel to Switzerland and end his life there.

After this discovery, Lou decides to make a bucket list of fun adventures to remind Will of how good living is. The duo attends a symphony, a horserace, vacationed at an exotic beach and had deep and meaningful conversations. During one such conversation, Will and Lou talk about his desire to end his life. Lou bluntly tells Will how selfish his decision is. Even though she was at his bedside when he ended his life, she was very honest about how she felt about him ending his life.

There’s not a bit of true love in this film. Love requires sacrifice, and Will is unwilling to sacrifice for anyone – his parents, his friends, and most especially the girl who’s fallen in love with him. Will was in love, but it wasn’t with a woman. He was in love with his life before the tragic accident, and refused to accept a new life. He states during the movie, “I get that this could be a good life, but it’s not my life. I can’t be the sort of man who accepts this.” Will boldly proclaims his utter selfishness, and the fact that he loves the idea of a choice more than anything. His desire to control what he can outweighs his desire to love and to live.

Not only is this film not about romance, it’s also highly offensive to the disability community. The point disability activists are making in protest of Me Before You is that just because a person has a disability doesn’t mean that their life isn’t worth living. Of course life looks different for people with disabilities, but each and every life has innate value. Contributing to society isn’t a determining factor of someone’s worth and value.

Me Before You, could have been an incredible film if the director had chosen for Will to live and love instead of ending his life. The irony of the film is that it’s being marketed with the hashtag #LiveBoldy, but promotes ending life as soon as the going gets tough. The way to truly #LiveBoldy is to focus on finding the good in every circumstance, no matter how difficult. Every life matters, not just the able-bodied of society.

I think we should hold Hollywood accountable for spewing lies about what makes for a quality of life. We should demand more. Romance is one of the greatest adventures of a lifetime, and Hollywood should making and promoting films that show real romances – people that do have to make difficult decisions, hard sacrifices, and ultimately choose to love, choose the other person, and choose to live. I’m not surprised at this film, but we should demand more than what this film portrays.

Tags: Me Before You