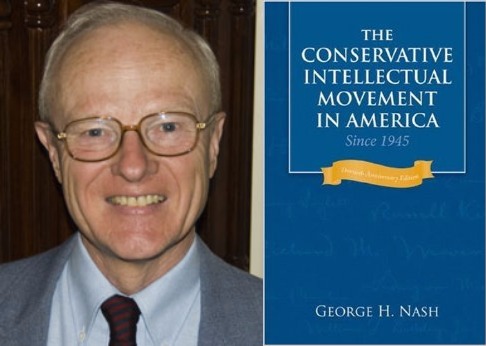 Dr. George H. Nash is considered to be the preeminent conservative historian in the country and is given credit to be one of the first to provide a scholarly analysis of the most consequential political movement in modern American history – conservatism.  In our in-depth exclusive podcast author interview with Dr. Nash, he discusses the intellectual roots of conservatism, while also celebrating the 40th anniversary of his seminal book, The Conservative Intellectual Movement in America Since 1945.

Like myself, and many other conservative activists, most learned of the rich intellectual heritage of conservatism through the “Gospel of Nash.”  in particular, the first part of the book dedicated to understanding the disparate groups that make up the conservative movement, and how William F. Buckley, Jr. and Frank Meyer fused the three legs of the modern conservative movement – Classical Liberalism or Libertarianism, Traditionalists, and Anticommunists, to become the force it is today.