Is Spielberg’s “The BFG” Too Wholesome For Modern Hollywood? 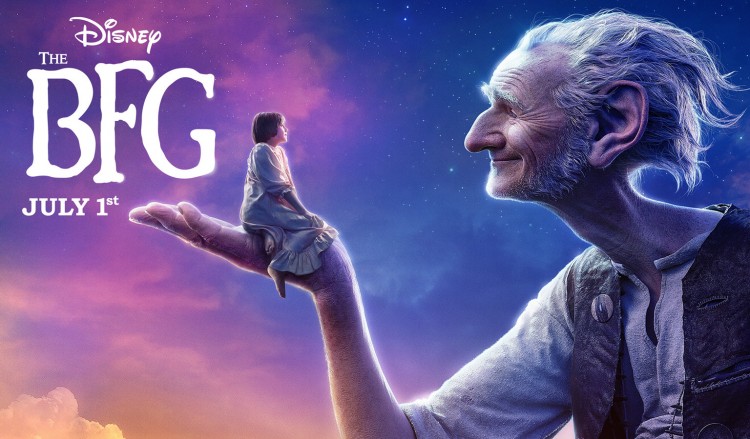 If there was one man who was born to direct movie adaptations of Roald Dahl’s children’s books, then it is Steven Spielberg. The Hollywood icon who gave the world E.T. the Extra-Terrestrial in 1982 has successfully brought Dahl’s The BFG to the big screen in 2016. Whether the world will embrace a product ready-made for the Reagan-era is a wholly different question.

The BFG begins in a British orphanage where Sophie (Ruby Barnhill) stays awake late one night reading. The Big Friendly Giant (Mark Rylance), an eternal being who catches and delivers dreams to humans, takes her away to Giant Land when she inadvertently spies him in the city. Viewers, like Sophie, are left for an extended amount of time in confusion as to who the giant is and the rules of her captivity. Like the young girl, the audience slowly begins to love BFG for his kindness, innocence, and mangled English.

Sophie’s adventure picks up steam when it is revealed that BFG once lived with a little boy who was eaten by giant cannibals with names like Bonecruncher, Childchewer, Butcher Boy and Bloodbottler. After a trip to Dream Country, where the two find “Sophie’s Dream” and a particularly nasty nightmare, a plan is formulated to prevent the evil giants from kidnapping and eating children ever again — the two will enlist the help of the Queen (Penelope Wilton).

Films by Steven Spielberg typically end on a positive note, and The BFG is no exception. The duo eventually confront the Queen (Sophie prods BFG to “be brave” and step into the light), and convince her to use military might to transport the evil giants to an island filled with vegetables. The special effects and action are not hollow because the being who hears “all the secret whisperings of the world” also has a big heart.

“What is Sophie’s dream?” the little girl asks towards the end of the movie. There is a sudden pall over the two friends when they realize the time for parting is near. The child who once lived in an orphanage will soon be raised in a royal palace.

“It tells the story of a little gal, a little chittler with her whole life ahead of her — with a family of her own,” BFG says. “Little chittlers of her own, too. Someday. There will be great successfuls and funnies ahead for her. And, truth to tell, just a dribble of despair. Times will be hard, times will be soft. Adventures will come and go, but in the end she remembers the good deeds. And Sophie, I know that story be your heart’s desire. I know that.”

The BFG is such a wholesome movie that it is hard not to wonder if Dahl also saw the character as “The Big Friendly God.” BFG has existed throughout eternity, personifies goodness, delivers hopes and dreams, and can listen to the heartbeat of humanity. He seeks out like-minded souls, but wants them to achieve what they were born to do.

Spielberg’s latest installment is a moral victory for Hollywood, even if its $22 million opening-weekend gross in North America is a monetary failure. Investors in the $140 million movie will likely have heartburn for the foreseeable future, but those who take the time to see The BFG while it is still in theaters will leave with a smile.