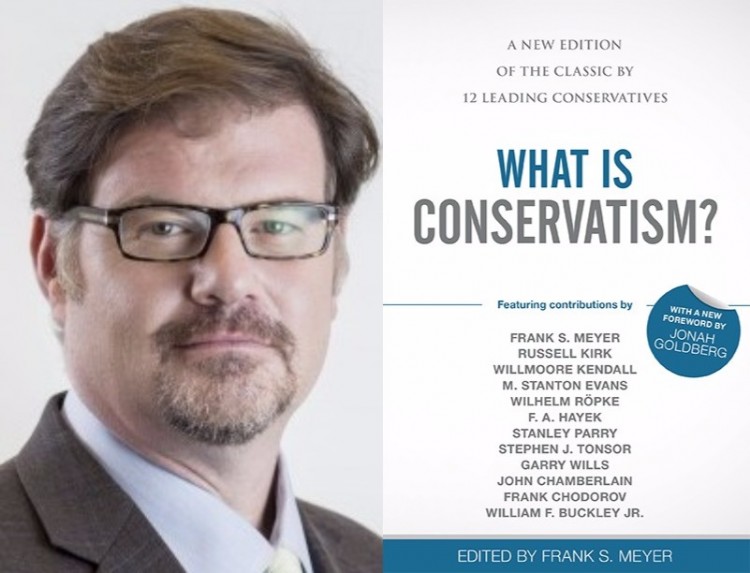 Bestselling author and National Review senior editor Jonah Goldberg discusses his update to legendary conservative fusionist Frank Meyer’s seminal classic book, What is Conservatism? The book was an attempt to define “fusion” conservatism, and how the different branches of conservatism could work together.  The book has been re-published by ISI Books.

As the title asks, define what is conservatism? Is the Fusionist Conservatism of Buckley and Meyer still applicable today?

Conservatism defies easy definition. In fact, William F. Buckley, the erudite logophile founder of National Review, titled the chapter he wrote for What Is Conservatism? “Notes Towards an Empirical Definition of Conservatism—Reluctantly and Apologetically Given.” You’d think Bill might offer more than just “notes” on the question—and without any reluctance or apologies!

On the other hand, Bill understood that conservatism was more of a project than a strict doctrine. The mansion of conservatism has many rooms. Or to mix metaphors to the point of mangling them entirely, there are many fault lines that run through landscape of the right. The biggest or most important divide might be between those who are anti-left and those who are anti-state. Anti-left conservatives may still be in favor of limited government, but they are less troubled by activist government when the state is advancing conservative ends. Self-described anti-statists might be very culturally conservative (or they might not!) but they think the government should mind its business. It’s important to keep in mind that self-described libertarians are only a segment—an important one—of the anti-statists faction. And even among the libertarians, there are countless subspecies.

The genius of Frank Meyer, the editor of What is Conservatism? was to set up a philosophical framework whereby these two massive factions could work toward shared goals. “Fusionism,” as it is known, basically says that a virtuous society must be a free society because virtue not freely chosen isn’t truly virtuous. This really wasn’t much of a definition of conservatism so much as a suggestion of how conservatives should think about the role of government.

I think fusionism still has a great deal of merit and power—it’s often called “conservatarianism” these days. But it has its challenges as well because the consensus over what constitutes virtue has been unraveling. 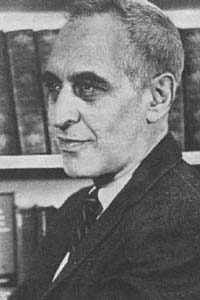 Oh, to answer your question, reluctantly and with apologies, I think conservatism basically boils down to a kind of philosophical gratitude. Gratitude captures everything in Friedrich Hayek about the importance of trial-and-error and spontaneous order, and it covers everything in Russell Kirk and G. K. Chesterton about the “wisdom of the ancients” and tradition being democracy for the dead. Trying to pin down a single doctrine of conservatism misses the point. We are trying to conserve those elements of Western civilization and the American Founding from which we derive our liberties, our culture, and our prosperity. We begin that process by asking ourselves, “For what should we be grateful?”

What three takeaways would you like readers to leave with after reading the book?

1) We should be grateful for the conservative movement and not take it for granted. Before Buckley and Meyer came onto the scene, few, if any, of the pillars or elements of modern conservatism existed in anything like their present form. Modern conservatism is not just an inheritance that must be actively preserved; it is also a project that must be advanced.

2) Because of the efforts of the first generation of conservative leaders, thinkers, and activists, conservatism is a legitimate philosophy. This may seem obvious, but it wasn’t when they first started. The contemporary liberal intelligentsia heaped scorn upon their project; literary critic Lionel Trilling dismissed conservatism as little more than “irritable mental gestures which seek to resemble ideas.”

3) Finally, I hope readers come away from this book with an appreciation for how liberals are in fact more dogmatic than conservatives. Sure, we love our dogma, but we also debate it. Liberals are the truly dogmatic ones, because they take their dogma entirely for granted and rarely debate it.

You’ve also written the amazing historical bestseller Liberal Fascism. Do you believe that Bernie Sanders is ushering in a new era of socialism? And what exactly do you believe “democratic socialism” is?

Democratic socialism is a phrase American leftists use to signal that they don’t want their preferred welfare state to murder a whole bunch of citizens, they just want it to pay for everything. And that’s fine. After all, there is an important distinction between, say, Denmark and North Korea.

I do think we are on the cusp of a new era of statism. Let me put it this way.

The GOP, meanwhile, has signed up to back a populist nationalist. Trump very much sounds like he’s anti-left, but he is decidedly not anti-state. He wants government to be stronger and bigger and to “take care of everybody.”

I think we may be heading into an era very similar to what we saw in the 1930s, when politics was defined largely as a competition between different statist factions. Ironically, it was that era that shaped the hearts and minds of the contributors to What Is Conservatism?