The Conservative Case for Trump – New Book By Phyllis Schlafly 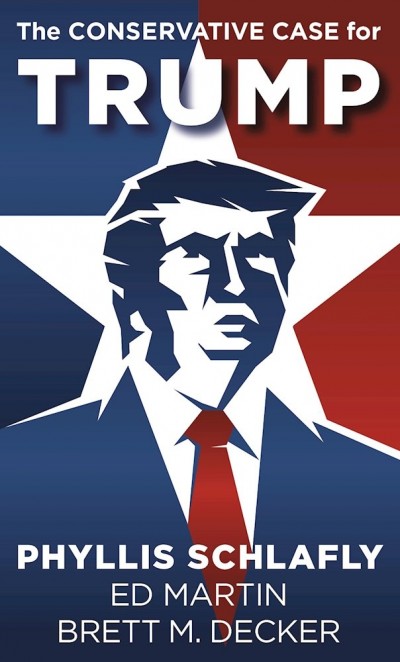 Conservative matriarch Phyllis Schlafly has penned a passionate defense for GOP presidential nominee Donald Trump.  Above is the first exclusive unveiling of the cover of her new book, The Conservative Case for Trump, published by Regnery Publishing, and co-authored by Ed Martin and Brett Decker.

Schlafly, author of the seminal conservative book, A Choice, Not An Echo, and founder of the influential women’s organization, Eagle Forum, came out early to support Trump right before her home state primary in Missouri.  Because of her controversial support of the non-traditional candidate, she surprised many of her devoted followers and there was even an attempt to reorganize Eagle Forum without her at the helm. 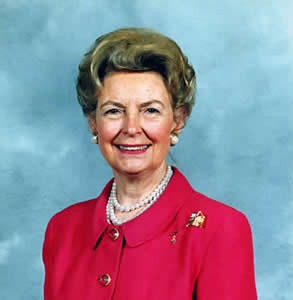 As the Donald Trump campaign continues to unify the Republican Party and conservative movement before the November election, Schlafly’s book will no doubt attempt to influence unsettled traditionalists whom are skeptical, at best, in supporting Trump.  Many social conservatives in particular are skeptical about Trump’s position on abortion, marriage, and family values.

Schlafly is considered a conservative hero and is given credit for ending the controversial Equal Rights Amendment initiative during the 1960s and 1970s that would’ve changed the legal relationship of women in the country.  Her organization, Eagle Forum, was born out of the controversial Roe v. Wade Supreme Court decision that created a legal defense for abortion in America.

The book will be released on September 6, 2016.  Learn more about Phyllis Schlafly and her new book, The Conservative Case for Trump!