Movie Review: “Jason Bourne” Is Back And Better Than Ever 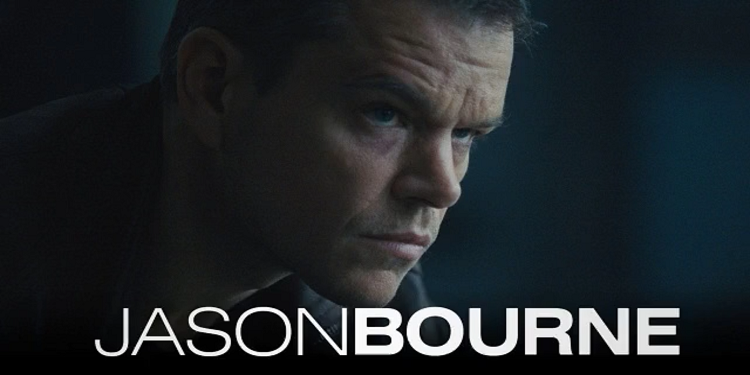 Matt Damon and director Paul Greengrass waited seven years to give CIA assassin Jason Bourne another big-screen adventure, but fans of the character should not worry: Both men deliver the goods. Negative reviews for Jason Bourne tend to harp on its “been there, done that” feel, but in this case such gripes are like men who go to their favorite restaurant and then complain about consistent service.

Newcomers to the Bourne franchise might wonder if they need to go back to 2002’s The Bourne Identity to understand the hero and his motivations. While the names and the faces have changed along the way, the established formula (i.e., devious CIA director tries to “put down” a rogue agent who simply wants to know the truth about his past), allows viewers to immediately jump in. Greengrass and co-writer Christopher Rouse take care of everything with a tight script and appropriately placed flashback sequences.

Jason Bourne begins with Julia Stiles reprising her role as Nicky Parsons, only now the former Treadstone operative has completely embraced her inner Edward Snowden. In her efforts to expose the corruption of men like CIA Director Robert Dewey (Tommy Lee Jones), she finds out a stunning secret about Bourne‘s recruitment into the agency. She manages to get the information into Bourne‘s hands during anti-austerity protests in Greece, and the hunt for justice begins.

Complicating matters for the hero is an assassin known as “The Asset” (Vincent Cassel), who confronts him in Athens, Berlin, London, and Las Vegas. The CIA has a new program that exploits Facebook-like technology for a company called Deep Blue, and Dewey wants Bourne dead before he has a chance to ruin everything. Dewey protégé Heather Lee (Alicia Vikander) suspects that Bourne is motivated more about his past than the latest agency program to flout the U.S. Constitution, but she faces an uphill battle trying to get her bosses to listen to reason.

The movie reaches its climax in Las Vegas, where Deep Blue CEO Aaron Kalloor (Riz Ahmed) is scheduled to make an appearance with the CIA director at a technology conference on Internet privacy. Kalloor, like Bourne, is ordered to be “put down” for not playing along with the U.S. government.

“There’s too much risk. I’m out,” Kalloor tells Dewey at one point. “I’ve already taken a hit with Snowden, and you want more?”

“Our enemies have become much more sophisticated,” Dewey counters. “Gathering metadata is no longer adequate. We need a backdoor into your new platform and a way past the encryption.”

“And when that’s not enough, you’ll want something new,” says Kalloor. “You don’t get it, do you? Privacy is freedom. Maybe that’s something you should think about defending.”

Kallor’s refusal to work with Dewey sets in motion a chain of events that leads to Bourne‘s epic chase scene, which involves a SWAT vehicle racing down the Las Vegas Strip (Greengrass destroyed 170 cars to pull off the feat). Producers reportedly spent close to $500,000 in car costs, but the end result is eye candy for anyone who appreciates real explosions over those created by computer-savvy visual effects artists.

Yes, it is true, the world has seen four Bourne movies where Matt Damon effortlessly dispatches enemies, displays jaw-dropping skills in motorcycle and car chases, and survives falls from great heights. It is also true that directors Doug Liman and Greengrass excel at their craft in an industry that regularly churns out duds like Ghostbusters.

Bourne movies do not continue to resonate with audiences around the globe ($122 million its opening weekend) because of familiar beats and pangs of nostalgia; they continue to resonate because they are good. The movie star should embrace the role as long as he can sculpt his aging body into super-spy shape, because the cinema landscape can always use more products that place a high premium on intelligence and action.