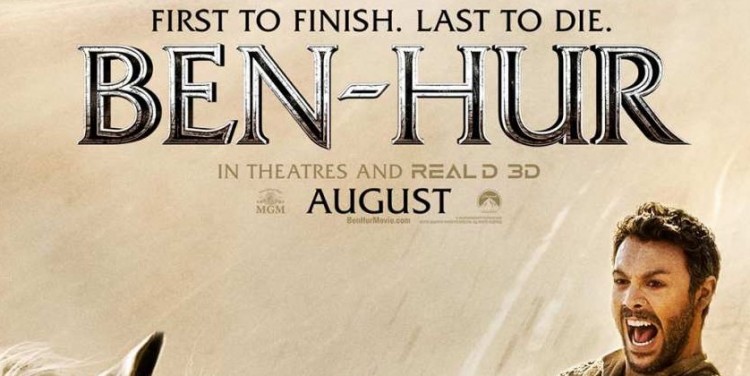 After three years, Messala returns as an officer, and accuses his brother of treason. Wrongly convicted, Judah is sent to be a slave on a galley at sea, he’s separated from his wife and children, and hatred becomes the thing that keeps him alive. Judah manages to escape slavery and meets Sheik Ilderim (Morgan Freeman) who trains Judah in chariot racing, and allows him to race his chariot in a monumental battle between brothers.

Hollywood has been releasing more and more faith-based films over the past few years, including Noah, Exodus, Gods and Kings and others. It’s been interesting to watch Hollywood try to figure out how to produce films that are widely appealing, instead of making “extremely Christian” films. However, the reception doesn’t seem to be what they were anticipating.

Business Insider put it well when they stated that “it seems like the faith-based groups don’t come out so much for the Hollywood religious epics as it does for the independently produced ones (War Room, Facing the Giants, etc) – or maybe the studios aren’t marketing to religious consumers in the same way.”

The reviews for Ben-Hur have been a little all over the place, so I was pleasantly surprised by how much I enjoyed this film. The plot line moved at a steady pace throughout the film, and did a good job holding the attention of the viewer for over two hours. The epic chariot race between brothers is definitely the highlight of the film, and packs plenty of action into the 10 minute scene.

This iteration also has a bigger role for Jesus Christ. In the 1959 version, Jesus’ face is never shown, but in this version, Rodrigo Santoro, who plays Christ, is much more engaged and involved throughout the film. A crucifixion scene is portrayed near the end of the film, which is the catalyst that pushes Judah towards forgiving his brother. This theme of grace and forgiveness, despite one’s suffering, will definitely resonate with religious audiences.

Something I found interesting about the story of Ben-Hur was the fact that Lew Wallace, the author of the book never attended church, and didn’t consider himself a Christian before he began writing the novel. The book is definitely more overtly Christian than the movie was, but I thought the author’s religious background added an interesting perspective.

I think this movie was definitely worthwhile, and would highly recommend it. The tale of redemption is beautifully weaved throughout the story, and ends on a truthful and hopeful note.