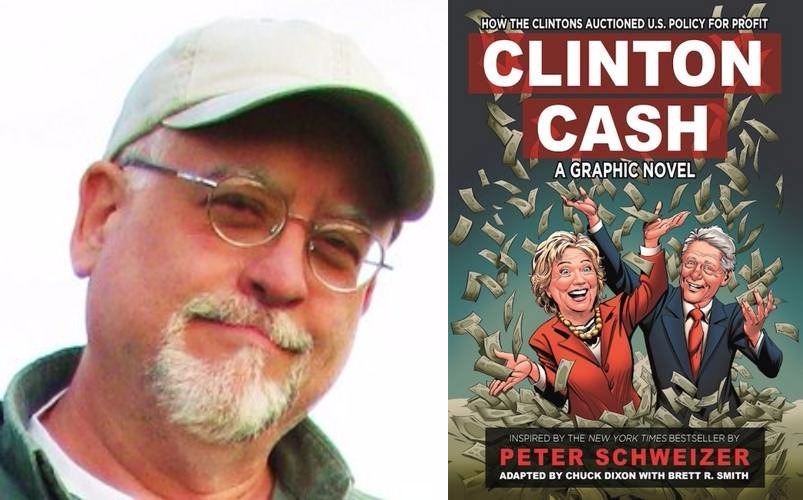 Chuck Dixon is the lead adapter of the new bestselling graphic novel, Clinton Cash: A Graphic Novel, based on Peter Schweizer’s bestselling Clinton Cash book that came out in 2015 that is credited for alerting the public about The Clinton Foundation “Pay-for-Play” scandal. Dixon is a well-known comic book writer and artist and did groundbreaking work with popular comic characters including Batman and The Punisher.

Dixon is also credited for creating the Batman nemesis character Bane, who was featured in the third Christopher Nolan Batman film.

In the interview, Dixon discusses how he went from writing about Batman to the Clintons, the state of comic books, movies, and TV shows in the country, and how the PC culture is making comic books more political and incendiary.  Interviewed by Christopher Malagisi, Editor in Chief of the Conservative Book Club.

Listen to our exclusive author interview with Chuck Dixon below!

If you love graphic novels, make sure to also check out our conservative fiction book category!