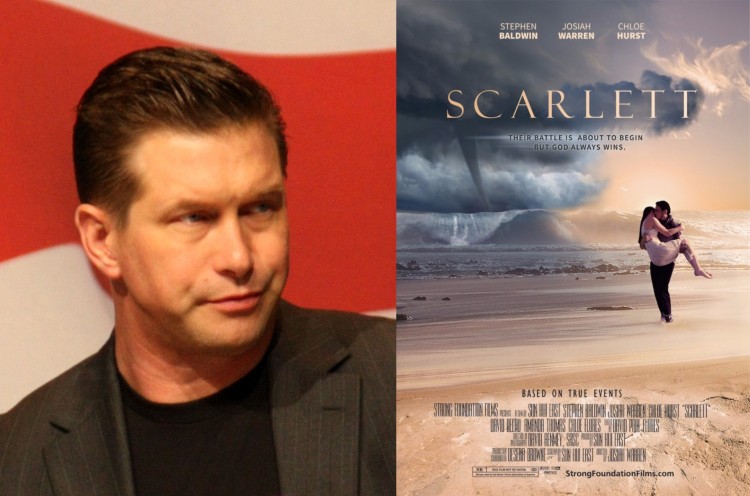 Stephen Baldwin stars in a new pro-life feature film, “Scarlett.”  The movie will be arriving in theaters on September 2, 2016 nationwide.

The faith-based romantic drama stars Stephen Baldwin (The Usual Suspects, Bio-Dome, Born on the Fourth of July), Chloe Hurst (The Nice Guys), Amanda Nicole Thomas (One Heart) and Josiah Warren (The Prophet’s Son, In Over My Head), who also directs the film.

The movie was produced by Strong Foundation Films.Check out the exclusive movie TRAILER!

A Red Carpet Premiere will be held on September 1st at the Palladium IMAX in San Antonio, TX. The film’s cast will walk the Red Carpet as well as numerous VIP’s including activist, author and Fox News contributor Alveda King, the niece of Dr. Martin Luther King, Jr.