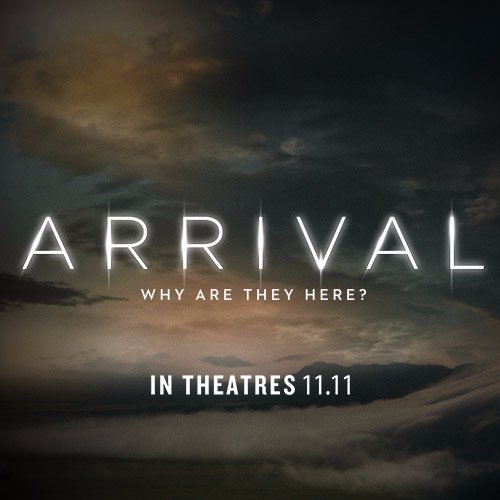 One of the biggest challenges for a Hollywood director who takes on another “first contact” science-fiction movie is to make it feel fresh. Philosophical projects have the unfortunate fate of being compared to 2001: A Space Odyssey (1968), while “shoot ’em up” fare will spark comparisons to Independence Day (1996). Arrival ambitiously aims for something that would please the late Stanley Kubrick, but director Denis Villeneuve and his star-studded cast are ultimately undermined by their screenplay.

The premise of Arrival, based on based on Ted Chiang’s “Story of Your Life,” is rather straightforward: Twelve mysterious alien spacecraft touch down at seemingly random points across the globe. The Pentagon dispatches Colonel Weber (Forest Whitaker) to find experts who can decode the aliens’ language. Linguist Louise Banks (Adams) and physicist Ian Donnelly (Jeremy Renner), soon find themselves staring down squid-like beings inside their aircraft on a daily basis for months on end. Their job is to figure out a form of communication before a global power decides to rid the world of its “Heptapod” visitors the old-fashioned way — with bombs.

Complicating matters for heroine Louise is the fact that there is no correlation between what a Heptapod says via whale-like sounds, and what it “writes” in black clouds with its tentacles. Their language, which has no forwards or backwards direction, is semasiographic (it conveys meeting, but it does not represent sound).

Learning the alien language also “rewires” the human brain in ways that are essential to screenwriter Eric Heisserer’s big reveal at the film’s end. Audience members finally get to see the significance to the plot of Louise’s dead 12-year-old daughter, Hannah, but the moment also highlights the movie’s biggest flaw — it asks probing questions, but is scared to take a stand on any answers.

“Ian, if you could see  your whole life from start to finish, would you change anything?” Louise asks the scientist at one point in the film.

“Maybe I’d say what I feel more often. I don’t know,” he replies with a shrug.

Arrival asks its audience to explore the nature of man, the meaning of life, the notion of free will and the existence of time, but the creative team seems to do the congressional equivalent of voting “present” by the time end credits roll. Like Ian, it is fine with answering “I don’t know.” In fact, the only stark message to viewers is a not-so-subtle jab at Fox News and the theory that if aliens were to make contact with humans, then American troops who watch too many conservative YouTube channels might doom us all.

There is less of a rejection in Arrival to the idea that free will is all an illusion than to the existence of bombastic conservative personalities on social media, and the final product suffers for it.

Like 1997’s Contact, which starred Jodie Foster, Arrival is worth seeing for the comparable performance by Amy Adams. The direction by Denis Villeneuve is what one would expect from the man who helmed Sicario (2015), and the creative juice he squeezed out of a lean $47 million budget is impressive. Regardless, the intellectual payoff falls far short of expectations when compared with a film like 2014’s Interstellar.

Coming in a distant second to Christopher and Jonathan Nolan is no small feat, but potential customers need to know that before coughing up hard-earned cash for expensive movie tickets.