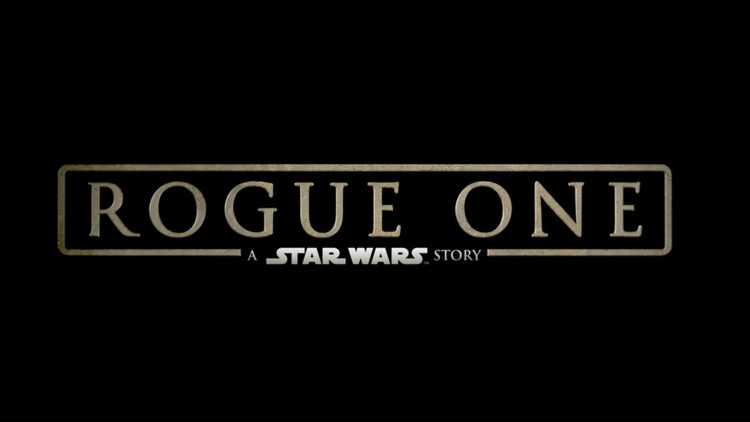 Director Gareth Edwards of Rogue One: A Star Wars Story took on Herculean task when filming for the project began in August 2015: Disney wanted a stand-alone Star Wars film that could bridge generations of fans going back to 1977. The story needed to bring something new to the table while including all the trappings one expects from that famous galaxy far, far away. While the film is by no means perfect, Mr. Edwards certainly delivers a respectable product.

Unlike other Star Wars installments, Rogue One forgoes an opening crawl used to familiarize the audience with the universe. Instead, writers Chris Weitz and Tony Gilroy introduce Galen Erso (Mads Mikkelsen), and Imperial scientist who is hunted down and ordered to resume work on the dreaded Death Star made famous in Star Wars: Episode IV – A New Hope. Galen is captured and his wife is killed during the altercation, but their daughter Jyn bravely hides until she is rescued by Saw Gerrera (Forest Whitaker).

The film then fast forwards in time to Jyn (Felicity Jones) as an adult — a handcuffed rebel who is soon rescued by the droid K-2SO (Alan Tudyk) and Cassian Andor (Diego Luna). The Rebel Alliance, which is more fractured than audiences were led to believe over the years, wants to use Jyn to find (and kill) Galen. Little do its leaders know that he heroically made himself indispensable to the Death Star project and surreptitiously engineered the kill switch engaged by Luke Skywalker in Episode IV.

Galen’s selfless sacrifice is eventually revealed via a hologram smuggled to Saw Gerrera, and before long Jyn and her motley crew are on a mission to capture the Death Star’s plans. She is joined by Jedi-faithful priest Chirrut Îmwe (Donnie Yen) and his warrior companion Baze Malbus (Jiang Wen).

As anyone who is remotely familiar with the Star Wars franchise knows, the ending of Rogue One was never in doubt. Many people — even key players — were always going to die, but the Death Star plans were also going to end up in the hands of the Rebel Alliance and pave the way for Episode IV. The only real questions were who would perish and whether the writers could make villain Orson Krennic (Ben Mendelsohn), worthy enough to walk in the shadow of Darth Vader.

On the former question Rogue One’s writers boldly opted to go dark, and on the latter they creatively passed any fair litmus test. It is just unfortunate that the movie’s primary function — setting up the original trilogy — somewhat boxed the writers in and prevented them from offering main characters more of a backstory.

Perhaps the best way to describe the way fans should treat Rogue One is to draw inspiration from a tense line delivered from Cassian Andor to Jyn.

“We don’t all have the luxury of deciding when and where we want to care about something,” the rebel says. “Suddenly, the Rebellion is real for you. Some of us live it. I’ve been in this fight since I was six years old. You’re not the only one who lost everything.”

In some strange way, the character might as well be talking about the fans. The vast majority of Rogue One moviegoers have some idealized version of a Star Wars in their head that they cared about since they were six years old. With each iteration, they lose something. Some feel as though they’ve “lost everything.” But at the end of the day all fans are on the same team and “fighting” for a franchise that is worthy of passing down to the next generation. In that respect, Mr. Edwards has done no harm.

See Rogue One. Enjoy the new cast and characters, and revel in seeing Darth Vader appropriately evil on the big screen again. Forgive some of the screenplay’s shortcomings, and realize that a cultural juggernaut like Star Wars will never make everyone happy. If you do that, then you are bound to have a good time with friends and family.