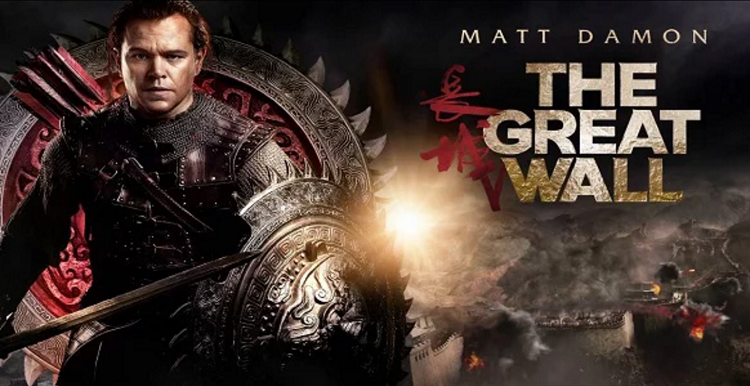 Matt Damon’s latest big-budget film got off to a rocky start during its opening weekend in North America thanks, in part, to left-wing activists who mocked the white character’s heroics in medieval China. Ironically, those behind the Feb. 16 trending Twitter hashtag #ThankYouMattDamon failed to realize that director Zhang YiMou’s project is one that collectivists should cheer. Perhaps that’s why The Great Wall has already raked in $245 million overseas.

Perhaps the best adjective to describe The Great Wall is ‘massive,’ which is fitting for a film that revolves around a 5,500-mile long structure used to keep out invaders and — in this fictional universe — hive-like monsters called Tei Tao. The set allegedly had over 100 translators on hand during production, and it’s easy to believe after watching the army of the Nameless Order in action. If for no other reason, the film is worth seeing in 3D for its gorgeous set pieces and waves of color-coded brigades that relentlessly crash against their opponent.

The plot to  The Great Wall is fairly simple. European mercenaries and all-around scoundrels William (Damon) and Tovar (Pedro Pascal from Game of Thrones fame) are on a quest to find and procure “black powder” unlike anything the western world has ever seen. William kills a Tei Tao before they arrive at the Great Wall and before long they are caught up in a giant battle for civilization that takes place every 60 years. If the Nameless Order fails, the world is doomed.

Given the circumstances dictated by the plot, there is not much for screenwriter Tony Gilroy (The Bourne Identity) to do other than doctor up exchanges between William and Tovar. The real story is told through the visuals, where the Nameless Order’s many disparate parts work together seamlessly as one unit. Each soldier’s trust in the warrior by his or her side draws William closer to the eastern worldview of Commander Lin Mae (Tian Jing) and away from the dishonest and war-obsessed west.

“You think they see you as some type of hero? A man of virtue?” Tovar asks his companion when he fails to use an opportunity to steal gunpowder and flee. “Maybe you can fool them, but I know what you are. You know what you are — a thief, a liar and a killer.”

The message in The Great Wall is clear: The western world is debauched, dishonest, materialistic, warmongering, and cruel — but it can learn to be virtuous if it is willing to adapt an eastern philosophy. The point is further driven home when a character named Ballard (William Dafoe) is shown to have patiently plotted for roughly 25 years — despite being well-fed and pampered — for a way to steal the precious black powder and make off for Europe.

Politics aside, The Great Wall is not a bad film. In fact, its 36 percent approval rating from critics on the review-aggregation website Rotten Tomatoes is a bit baffling (particularly compared with the 73 percent tallied by last summer’s dreadful Ghostbusters). Damon’s accent may be forgettable and the film drags a bit between battle scenes, but overall director Zhang delivers a product with an abundance of heart and soul. Damon’s archery skills may not rival Orlando Bloom’s Legolas from The Lord of the Rings, but the Nameless Order would certainly hold its own against J.R.R. Tolkien’s Orcs.