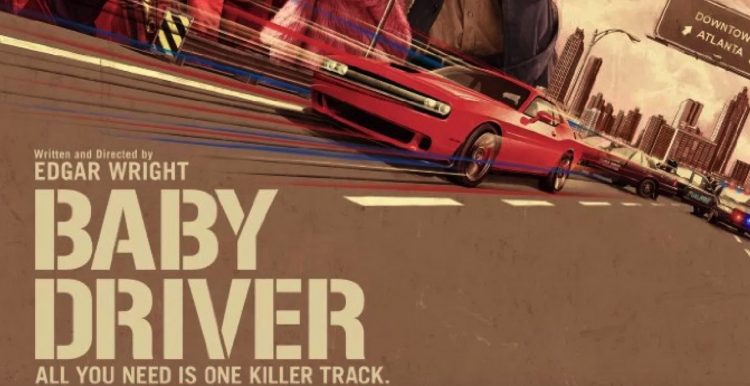 The best movie about a getaway driver since 2011’s Drive is one of the best films of 2017. Baby Driver, Edgar Wright’s first film in four years, features everything one would want and hope for from the director: swift storytelling, a fun soundtrack, and a deft handling of both action and comedy. It also has a charismatic leading performance from Ansel Elgort and the best role Jon Hamm has had since the end of Mad Men.

Baby Driver is a stylish film and Wright’s visual flair both provides entertainment value and suits the central character. Elgort’s titular hero introduces himself as “Baby, B-A-B-Y, Baby,” and has severe tinnitus due to the car crash that killed his parents.

He works as a getaway driver for bank robbers organized by Doc, a criminal kingpin played by Kevin Spacey. Doc never uses the same team twice, but the one constant is that Baby always drives. As the team sticks up the bank, Baby blares music in the car to drown out the humming in his head.

Pop music is constantly used in Baby Driver, synchronized to fast cutting, camera movements, and choreography. This is nothing new for Wright, but it works perfectly in putting the audience in between Baby’s ears. During the long takes where Baby fetches coffee, ear buds blasting, the camera follows him as he swaggers with dance-like precision down the street. It is both over-the-top and entertaining.

Wright’s rapid-fire visuals almost steal the show, but Ansel Elgort makes the most out of a role that is more action than dialogue.  He’s like a teenage rendition of the strong, silent leading man, much like Ryan Gosling in Drive. He isn’t as taciturn as Gosling’s character, but early in the film, Spacey’s character speaks for him when the hired guns protest Baby as their driver.

Also like Gosling in Drive, Elgort’s character simply looks memorable. Though a superficial thing to enjoy, Elgort’s Han Solo-esque jacket, while not ostentatious like Gosling’s scorpion jacket, makes him all the more charismatic.

The script while flawed, is sturdy. One issue that sticks out is that Baby’s love interest Debora, played by Lily James, falls for him rather quickly. However, the viewer doesn’t dwell on this because Elgort and James have endearing chemistry and the audience wants them to be together.

What the script does well is define its characters. Baby not only enjoys music, but also makes beats with sounds of people he records on retro tape recorders. This leads to one of the movie’s funniest moments, when Doc listens to a beat that Baby made using his voice.

Doc is not overly sinister and Spacey plays him accordingly- demonstrably evil but with a touch of humor necessary for a Wright film. Jon Hamm and Eliza Gonzalez’s are enjoyable and made surprisingly sympathetic as lascivious husband and wife bank robbers. Jamie Fox’s unhinged gunslinger Bats is early on established as the crew’s wild card and Fox is genuinely intimidating and dangerous.

Other than not making any of these characters a central villain to Baby, the script doesn’t break any storytelling conventions and instead solidly executes traditional storytelling. This makes Baby Driver classic Edgar Wright, aesthetically distinct, easy to understand, and never boring. 4.5/5 stars.