Movie Review: “War for the Planet of the Apes” 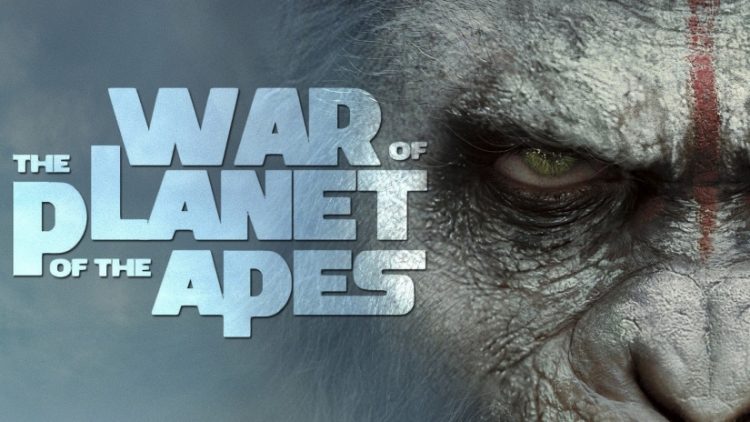 The rebooted Planet of the Apes trilogy ends at its pinnacle with director Matt Reeves’ second effort in the series. Featuring some of the best motion-capture performances committed to film and anchored by a script more devoted to character than action, War for the Planet of the Apes offers a bleak vision of the future and gives the chimpanzee Caesar fitting closure.

War takes place a while after Caesar’s traitorous compatriot Koba instigated war between humans and apes in Dawn of the Planet of the Apes. As the conflict ravages his brethren, Caesar plans to move the apes out of their forest to a new land far from their enemy. Their opponent is the rogue military group Alpha Omega led by a man simply called “The Colonel,” menacingly played by Woody Harrelson.

Convinced that the Simian Flu that decimated humanity and gave rise to apes is turning the surviving humans beastlike, The Colonel stands separate from the rest of humanity, zealously dedicated to destroying the apes in a way his superiors aren’t. After The Colonel ignores an olive branch from Caesar and tries to assassinate him, Caesar journeys to The Colonel’s base to exact revenge while the ape herd heads for the promised land.

The plot is more straightforward than the struggle between war and peace in Dawn, but War for the Planet of the Apes still tackles large-scale political themes and treats the reasons for humans and apes fighting with gravitas. Caesar’s struggle between his thirst for revenge and his duty as ape leader is at the forefront, but The Colonel’s reasons for wanting to eliminate the apes are also strongly felt and harken back to the human condition in the original Planet of the Apes. When he sees humans becoming primitive like in the 1968 film, the audience at least understands if not sympathizes with his fear of people losing their humanity.

Technically, the film stands above its predecessors. Andy Serkis’ motion-capture performance as Caesar is always convincing and beautifully detailed. It is somewhat of a marvel considering that Caesar has more dialogue this time around, but the marriage of meticulous animation and Serkis’ acting seizes the audience. In one scene, The Colonel even admits that his eyes look almost human.

Matt Reeves’ directing is also more impressive here than his work in Dawn or Rupert Everett’s in Rise of the Planet of the Apes. He epitomizes his cold visual style, perfect for a movie with “war” in the title. The film’s snowy landscape and drained color scheme convey the world’s bleakness and in part make this installment the darkest of the trilogy.

The film is also surprisingly light on action. Though the final battle sequence between The Colonel’s forces and the human army trying to apprehend him is intense and visually arresting, it is relegated to backdrop for Caesar’s personal confrontation with The Colonel. It is impressive that unlike many blockbuster filmmakers, Reeves does not loose sight of character when the film explodes into big-budget carnage.

Tags: War for the Planet of the Apes