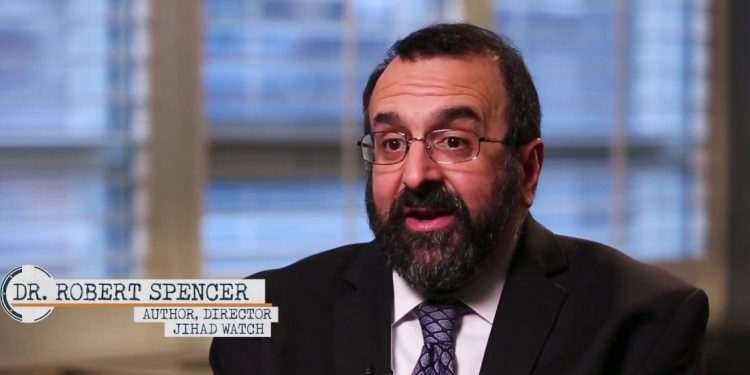 Jihad Watch founder Robert Spencer is back to defeat jihad and defend free speech with his latest book, The Complete Infidel’s Guide to Free Speech (And Its Enemies). CBC interviewed Spencer about free speech and threat of Islam and the Left — take a read below!

Congratulations Robert Spencer on your new book The Complete Infidel’s Guide to Free Speech (And Its Enemies)!  Tell us about your new book.

It reveals that there is a concerted, well-organized and quite public war against the freedom of speech by not just Leftist but also Islamic groups, and it is making great headway.

In your opinion, what is the status of free speech in America today?

It is seriously imperiled. Google, Facebook, Twitter and the other social media giants are rapidly moving to shut down all but far-Left and pro-jihad views, and most people don’t even realize what is happening.

Also, you discuss the modern university as cultivating some of the worst censorship on political free speech in America.  Can you elaborate?

Universities today are generally radioactive deserts of hard-Left indoctrination, not institutions of higher learning in any real sense. All opinions except far-Left ones are demonized, and/or shouted down.

You spend a chapter discussing “Hate Speech.”  What is so-called “Hate Speech” and how has it been politicized?

“Hate speech” is a subjective concept. It is a label that Leftists and Islamic supremacists use to stigmatize dissenting views. The insidious aspect of this is that now it is increasingly common to hear, on campuses and elsewhere, that “hate speech is not free speech” and doesn’t enjoy First Amendment protection. This false notion is the gateway to the criminalization of conservative and anti-jihad points of view.

What or whom inspires you to write the type of books that you write?

The novelist J. D. Salinger once said that he wrote the books that he wanted to read, but that didn’t exist. I thought that was a good idea, and have followed it myself.