Here’s How Hamilton Invented “The Swamp” 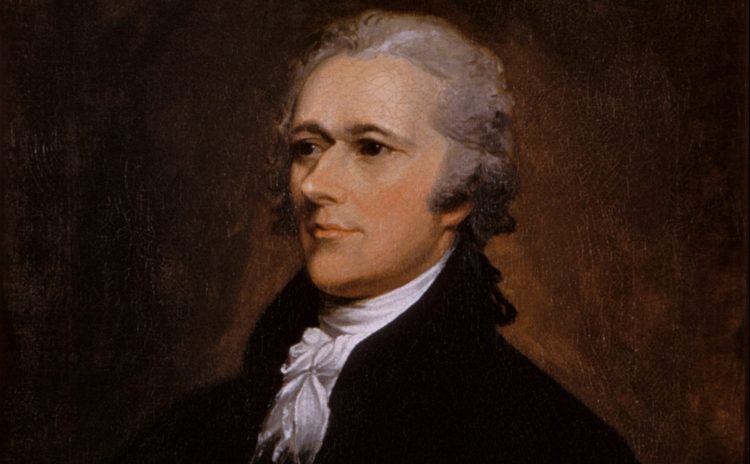 Alexander Hamilton is back in vogue, thanks to the hit musical that bears his name. One author, however, says Hamilton doesn’t deserve the praise and that he created the Big Government “swamp” that conservatives want to drain! Brion McClanahan, author of 9 Presidents Who Screwed Up America, is back to call out Hamilton and his admirers — read our author interview below! Check out our Top 5 Ways Hamilton Screwed Up America HERE.

Congratulations Brion McClanahan on your new book How Alexander Hamilton Screwed Up America!  Tell us about your new book.

Thanks! The book is an outgrowth of my 9 Presidents Who Screwed Up America and like that title is intended to startle potential readers. How can I say one of the newest heroes of the founding generation “screwed up America?” Did I not see the musical?

I suggest that people don’t really know Hamilton. He lied constantly, and for conservatives who complain about “big government” and “crony capitalism,” I find their reverence for Hamilton both fascinating and peculiar. Hamilton provided the blueprint for the “implied powers” and “loose construction” arguments that the modern Left so often uses against them.

He believed corruption was essential to make government work and constantly worked against real federalism, meaning the ability of the people of the states to handle their own domestic affairs. Hamilton “screwed up America” because Hamilton’s vision is what causes so much of our political conflict today. If you don’t like high taxes, out of control government spending, unconstitutional legislation, foreign adventurism, or the federal court system striking down every democratically passed piece of state legislation that somehow hurts the feelings of a gentle snowflake, then you cannot like Hamilton.

What are two or three examples of things that Hamilton did to “screw up” America?

Hamilton crafted the “implied powers” defense of clearly unconstitutional legislation. He made this up and ironically argued against this position when stumping for the Constitution in 1788.

He worked to (unconstitutionally) strengthen the powers of the executive branch during the so-called Whiskey Rebellion by ignoring constitutional restraints on federal power.

Finally, he insisted the president had wide ranging unilateral powers in regard to foreign policy. This has led to almost monarchical powers in the modern age, something Hamilton promised would not happen in Federalist No. 69.

Lin-Manuel Miranda’s popular Broadway play has brought a lot of attention back on to Hamilton.  Do you think this musical is distorting his legacy?

Absolutely. He is now a modern hipster. All he needs is a shaggy beard and a man-bun, but his moral failings, his propensity to lie for advantage, his willful misconstruction of the Constitution, and his actions as Secretary of Treasury are not worthy of so much acclaim.

In your opinion, is there anything positive Hamilton should receive credit for?

Hamilton was a great patriot, a real war hero. The Battle of Yorktown would not have been the same without him. He was also brilliant and his rags to riches story is certainly noteworthy. And if we listen to the 1788 Hamilton who wrote the majority of the Federalist papers and argued for ratification in New York then the general government would not be as bad as it is today, but even Hamilton refused to listen to himself once in power.

Why did you chose to write this book now?  What inspired you to do so?

We’ve reached a point in American politics where it seems partisanship and factionalism are rampant and everyone is clamoring for power at the federal level. Americans are angry and they don’t know why. It is because of Hamilton and his legacy.

If we did not seek top down solutions for every problem that faces America and instead focused our energy on our own homes, communities, cities, towns, and states, then the general government would not have either the legitimacy or power it currently possesses.  Hamilton and the other nationalists I discuss in the book—John Marshall, Joseph Story, and Hugo Black—have created a climate where we believe the president or the congress are the only entities capable of dealing with political issues. This is simply not true, but it is what Hamilton wanted. Every war, every bad policy, every bit of federal corruption, every violation of the Constitution can be traced back to Hamilton, and it’s important for Americans to know the whole story.

Tell us more about you.  What is your personal and professional background?

I hold a Ph.D. in American History from the University of South Carolina and including this title have written five books for Regnery. I also host The Brion McClanahan Show, a twice weekly podcast on all things historical. My most important role, however, is father and husband. I write books and talk about history because I want my children to live in a better world. Our political system only works with an educated citizenry.