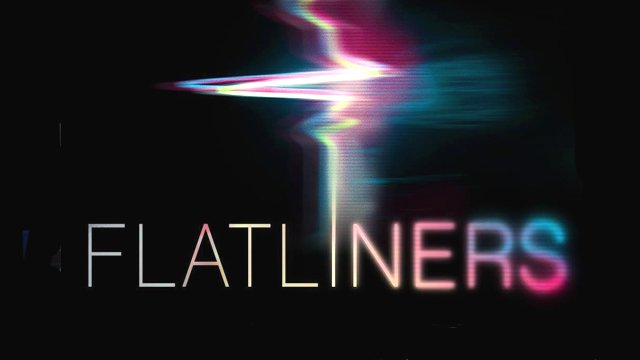 Movie buffs who watched Kiefer Sutherland and Julia Roberts turn 1990’s Flatliners into a hit knew it was only a matter of time before Hollywood producers resuscitated the story for a remake. Director Niels Arden Oplev answered Sony Pictures’ call for a volunteer, but his updated version of doctors who dance with death does not live up to the original.

Five years ago a book came out called Proof of Heaven: A Neurosurgeon’s Journey into the Afterlife. The claims made by its author, Dr. Eben Alexander, about what exists on the other side of our earthly veil would have been great research material for screenwriter Ben Ripley. Sadly, it seems as though Sony Pictures’ creative team shirked the kind of due diligence that would have turned a $19 million sci-fi/horror tale into a modern classic. Instead of a giving moviegoers a serious (but scary) examination of the great beyond, Oplev opted to play it safe.

The plot of Flatliners revolves around Ellen Page’s Dr. Courtney Holmes, who obsesses over a car crash that took her sister’s life years earlier. Holmes decides to enlist a group of her fellow medical students in unsanctioned experiments to map the brain’s activity in the moments after clinical death, and before long everyone but Ray (Diego Luna) wants to be a guinea pig.

“Side effects” for the four students who decide to tempt “death” initially appear fantastic — an expanded consciousness that allows for quick recall when grilled by men like Dr. Barry Wolfson (Sutherland). The group has a new lease on life, and liken “Flatlining” to a wonder drug that everyone should experience.

The “downer” for Flatlining comes soon afterward for the participants, including playboy Jamie (James Norton), all-star Marlo (Nina Dobrev), and picked-up-by-her-bootstraps Sophia (Kiersey Clemons). A form of energy — possibly something demonic — that feeds on guilt begins to manifest in their minds and the physical world. Only after a key member of the group dies do they hone in on a possible means of salvation.

“Maybe find whoever you wronged, whatever you’re feeling guilty about, and take responsibility,” says Jamie, who left his pregnant girlfriend years earlier. “I mean, look, who knows if it will work — but what have you got to lose?”

The film closes on a positive note (quite literally with Claude Debussy’s Suite bergamasque), and it has a commendable message, but its 110-minute run time is far too long. An easy fix, given that each doctor faces a similar metaphysical gauntlet, would have been to cut one of them from the film entirely and ended everything at a lean 90 minutes.

“And the drawing near of Death, which alike levels all, alike impresses all with a last revelation, which only an author from the dead could adequately tell,” Herman Melville writes in Moby-Dick. Oplev’s film seeks to impress the same idea, but the studio’s creative team seems to have read the CliffsNotes version of books needed to make that happen.

Check out the original Flatliners if you’ve found it in your heart to forgive Joel Schumacher for Batman & Robin (1997), but feel free to wait on Sony Pictures’ remake until it comes out on DVD.