Conservative Book Club » Author Interviews » What Life Lessons Should You Teach Your Kids?

What Life Lessons Should You Teach Your Kids? 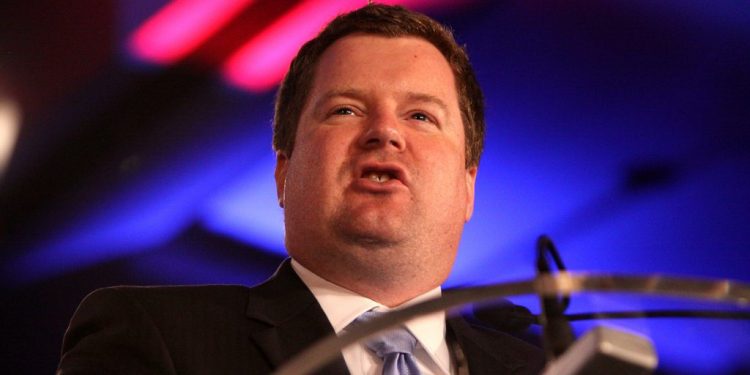 Erick Erickson is a seminal figure in the modern conservative movement; he founded RedState and The Resurgent, and currently has a radio program. Now, Erickson is back with another book called Before You Wake, his collection of life lessons he wrote to his kids after a near-death experience last year. Learn more about Erickson and his new book in our interview below!

Congratulations Erick Erickson on your new book Before You Wake: Life Lessons from a Father to His Children!  What inspired you to write this book?

My wife and I both had a near death experience in 2016.  On the day I was admitted into an ICU with multiple pulmonary embolisms, doctors called my wife to tell her they thought she might have cancer.  A few months later, she was diagnosed with a rare, genetic form of lung cancer.  I wanted to be sure my kids knew certain things about life, God, family, and their favorite recipes if I died.

Could you give our members a preview of two or three lessons you try to impart?

What does the future hold for Erick Erickson and your career?

I less and less view myself as a writer and more as a talk radio show host.  But this past year has made me realize I need to spend more time focusing on my family and raising my children.  I expect I’ll be spending more time talking about life and culture than politics on the radio.

You have been one of the most consequential media figures for the conservative movement.  Where do you see the movement heading in the Age of Trump?

Sadly, I think a lot of people will be afraid to speak to their own side because they do not want to seem against their own tribe.  I hope conservatives will take up the cause of Amos and the prophets of old, being willing to speak authoritatively to their own people and to others, calling them to care for the widows, orphans, poor and refugees.  The conservative movement must not be afraid to speak truthfully to the powerful people of its own side and call them to live out principles, not just politics.