Guess Who Ivana Trump Voted for in 2016? (Exclusive Interview with Ivana Trump) 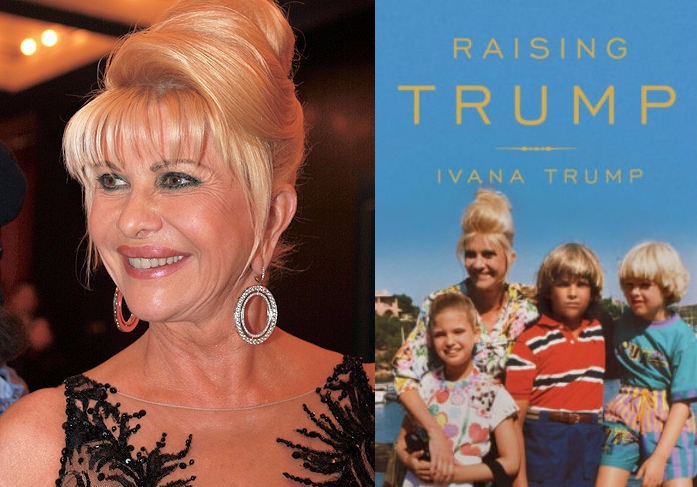 In a special exclusive author interview with Ivana Trump, she reveals who she voted for in the 2016 presidential election, the charming story of how she and Donald Trump met, and the life lessons she instilled in the First Children – Donald Jr., Eric, and Ivanka Trump.  She is the author of the new book, Raising Trump, which is already a national bestseller.

Ivana Trump is a Czech-born American businesswoman, author, fashion designer, socialite, and former fashion model.  She is the former Vice President of Interior Design for the Trump Organization, where she supervised construction and design of Trump Tower, Trump Plaza Hotel & Casino in Atlantic City, and The Grand Hyatt Hotel.  Under her leadership, the Plaza Hotel was recognized as the “Best Luxury Hotel in the United States.”  She continues to produce products, fragrances, and accessories under Ivana Haute Couture.  Her pride and joy though are, of course, her three children.

In her new book, Raising Trump, Ivana Trump, or as she calls herself – “The Lion Mom,” reflects on her extraordinary life and the raising of her three children—and recounts the lessons she taught them as they were growing up.

As her former husband takes his place as the 45th President of the United States, his children have also been thrust into the media spotlight—but it is Ivana who raised them and proudly instilled in them what she believes to be the most important life lessons.

Learn which lessons she instilled in them in our exclusive author interview below with Ivana Trump!

If you’re fan of Ivana Trump, make sure to also check out Ivanka Trump’s new book, Women Who Work: Rewriting the Rules for Success!