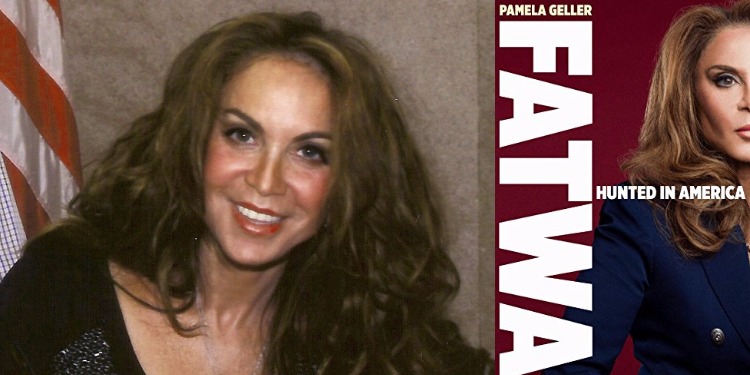 ISIS attacks are a deathly threat to America. Pamela Geller is no stranger to death threats from jihadis — she details her experiences, from assassination attempts to the Muhammad Cartoon Contest, in her new book Fatwa: Hunted in America. We asked Geller some questions about ISIS, her book, and how patriots can defeat the death threat that is radical Islam — read our interview below!

Read the Fatwa chapter about the Ground Zero Mosque  HERE.

Read the Fatwa excerpt about the Boston plot to behead Geller HERE.

Thank you very much. I’m deeply gratified that the book is arousing so much interest.

Your critics have called you ‘the most dangerous woman in America,’ ‘far-right hate queen,’ and ‘the anti-Muslim movement’s most visible and flamboyant figurehead.’  How do you respond to these claims?

These kinds of charges are made by those who want to defame and destroy everyone who stands for freedom and individual rights, and opposes jihad terror. I take them as badges of honor.

The strategy employed by Islamic supremacists and their leftwing handmaidens is to marginalize and demonize those with whom they disagree. Making me into a monster makes my message undeliverable. People won’t listen to a monster. No one would listen to David Duke say something sensible because they know what he is. They are trying to make people think the same of us.

You organized the highly controversial Muhammad Cartoon Contest in Texas in 2015.  Why did you organize such an event and what type of response were you hoping to elicit?

I wanted to show that at least some Americans were not going to bow to violent intimidation or enable more jihadist bullying in the wake of the massacre of the Charlie Hebdo Muhammad cartoonists.

I was hoping to inspire a new appreciation of the meaning and importance of the freedom of speech, and a new determination to defend it. The idea that cartoons are forbidden in 21st century America shows just how far Islamic supremacists have gotten in imposing the blasphemy laws under the Shariah in the West.

And is it true there was an assassination attempt on your life because of your involvement?

Yes, ISIS put a fatwa on my head and in another assassination attempt, some Muslims in Boston plotted to behead me. One of them was just convicted.

Do you have any regrets about organizing such an event?

Tell us about your new book, Fatwa: Hunted in America, and what inspired you to write it?

It is my story, the story of my life of activism. I wanted to show how one person can make a difference, and inspire others to activism as well.

The book is the story of how a NYC career girl became America’s most notorious ‘racist-islamophobic-anti-Muslim-bigot” because of my work in defense of our freedoms.

I am but a proxy in this terrible long war: what has happened to me is what happens, in small and large ways, to every American who stands for freedom.

What are 2-3 takeaways you’d like readers to leave with after reading your new book, Fatwa: Hunted in America?