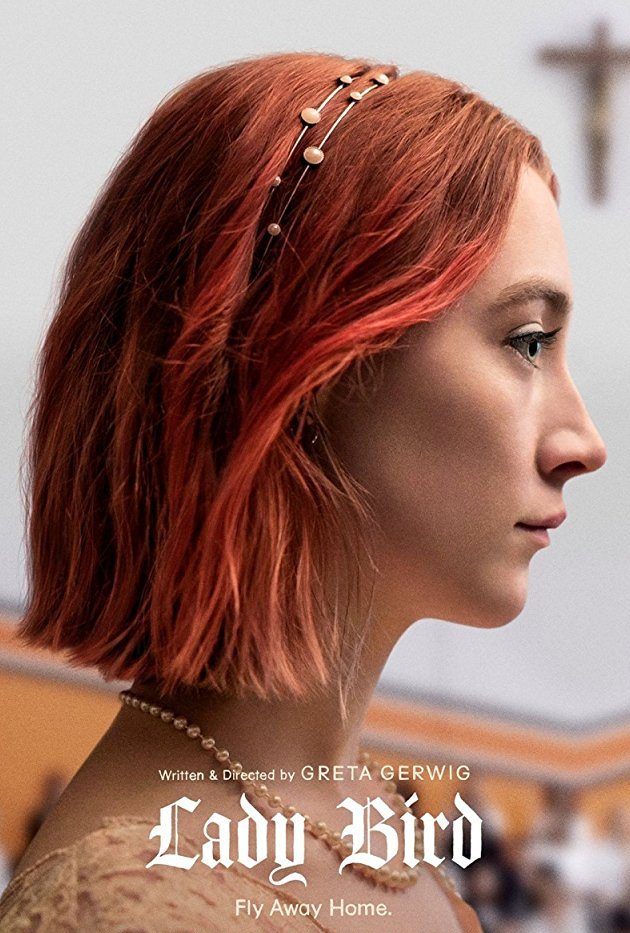 The highest rated movie on Rotten Tomatoes is also the most overrated film of 2017. Lady Bird has received enormous press for surpassing Toy Story 2 as the best rated film on Rotten Tomatoes, garnering a 100% score from the greatest number of reviews. It also marks the solo writing and directing debut of Greta Gerwig, who initially made her name acting in independent and mumblecore films. Though I’m sure Gerwig is as knocked out by the critical reception as critics are by her film, I doubt most viewers will find it as enjoyable, funny, or emotionally satisfying as Toy Story 2. Lady Bird does contain some rewarding scenes and funny quips, but the superficiality of its central heroine just makes one shrug and ask, “Who cares?”

Saorise Ronan stars as Christine “Lady Bird” McPherson, an acerbic hipster with a strained relationship with her mother Marion played by Laurie Metcalf.  Set during 2002 in Sacramento, California, the film covers Lady Bird’s senior year of high school, during which her father loses his job, but she nevertheless tries to convince her parents to let her escape to an expensive east coast college. Over the course of the movie, she juggles finding romance at school, trying to not look poor, and doing anything to get into the school she wants (including cheating).

The greatest flaw with Lady Bird is in the title. The protagonist lacks depth at best and is hateful at worst. Lady Bird feels malaise for her life in the California capital and tells her mother that she wants to go to school on the east coast because it’s “where culture is.” Her interest in culture is shallow though, as she’s never seen trying to be involved in anything cultural.

When the film opens with Lady Bird and Marion driving home from visiting a college, she says that she wants to go to New York, or “Connecticut or New Hampshire where writers live in the woods.” The only thing she writes in the movie is her college essay, which is written off screen and the oh-so-profound contents of which are never revealed. At the start of the film, she does join the school’s theater department at the advice of a school counselor, but abruptly quits when she befriends one of the popular girls. While watching, it’s hard not to ask: Why did this brat who is supposedly determined to move out of “soul-killing” Sacramento waste her first three years of high school? Why am I expected to root for a smug teenager who treats others badly because she wants something so insubstantial?  Viewers will likely have moved on to the next movie before answering these questions.

To be fair, Lady Bird does have moments of tenderness. Scenes where she comforts a friend struggling to come out as gay and cries after losing her virginity to the wrong guy are convincingly emotional and well-acted. However, the film is so episodic and interspersed with moments of nastiness from Lady Bird that make her difficult to root for.

Critics have gone out of their way to call Lady Bird a poignant depiction of mother-daughter relationships, but it’s impossible not to have the mother’s side whenever they have a row. During the scenes where she argues with Marion, a nurse who works additional shifts at a psych hospital to make up for her husband’s lost job, the mother’s speeches about her daughter’s ingratitude and wasting of high school ring so true.

One positive thing that can be said is that Greta Gerwig directs the film with an austere, naturalistic style not unlike the independent films she starred in and the actors do their best with the material. However, this isn’t enough to elevate Lady Bird to the unwarranted critical stature it has somehow attained.  The fact that it has surpassed a movie as tight and entertaining as Toy Story 2 is a travesty.