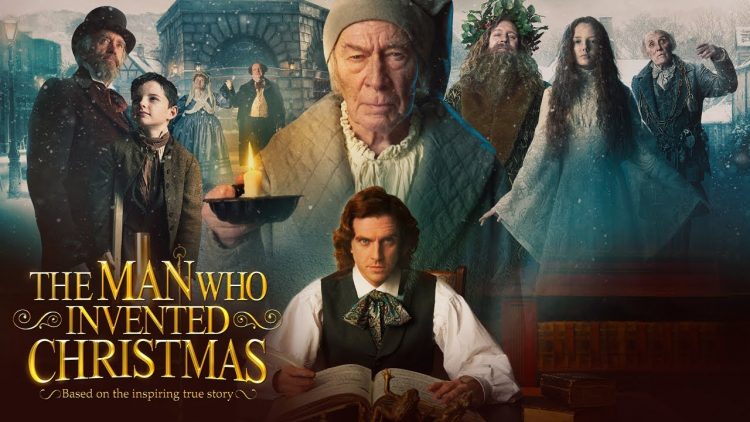 Despite the many film adaptations of Charles Dickens’ “A Christmas Carol,” the story of its creation doesn’t immediately jump out as a concept that can carry a Christmas movie. Nevertheless, “The Man Who Invented Christmas” proves it can. How accurately director Bharat Nalluri and screenwriter Susan Coyne present the events that inspired Dickens is for literary historians to worry about. With its imaginative narrative approach, “The Man Who Invented Christmas” exudes enough charm that whatever history it gets wrong or right, it hardly matters.

At the outset, one does worry the film will present a candy-coated tale with too much whimsy. However, its jubilant opening quickly becomes tempered down as Charles Dickens’ life situation is revealed. Having had three books flop since his hugely successful “Oliver Twist,” Dickens, played by Dan Stevens, hits hard times after his publishers drop him. Hungry for another success, he sets out to write a Christmas-themed novel and get it published by the holiday. Of course, the novel is “A Christmas Carol,” and Christmas is six weeks away.

The tension of the six-week ticking clock is somewhat diffused by the historical fact that Dickens finished “A Christmas Carol,” but the movie keeps the viewer guessing how he will finish rather than if he will finish. It visualizes Dickens’ creative process with scenes where he converses with his characters in order to progress with his story. Unfortunately for Dickens, whenever he has a run of inspiration, he is inevitably interrupted by his house help and family, particularly his fiscally irresponsible father played by Jonathan Pryce.

One of the movie’s great strengths is that Dickens’ relationship with his father is not just a subplot to him creating “A Christmas Carol,” but is used to examine and develop his own character. Though he harbors contempt for upper class people like Ebenezer Scrooge who mistreat those less fortunate, Dickens also feels anger toward his father, whose financial carelessness landed Dickens in a blacking factory and the rest of his family in prison. For most of the film, Dickens treats his father in a cold, Scrooge-like manner. When the author finally warming up to his father coincides with finding empathy for his Scrooge character, Dickens realizes that some of Scrooge’s wickedness is within him.

Due to the movie’s tasteful plotting and strong performances, these converging realizations don’t ever come off as a cheap contrivance. The decision steer clear of lionizing Charles Dickens and instead portray him as a flawed man full of contradictions adds enough rigor that when the film does indulge in sentimentality toward the end, one can’t help but feel it’s earned.

For all its strengths, “The Man Who Invented Christmas” is not perfect. Though Nalluri directs with a pleasant eye, sometimes it looks like a made-for-TV movie, though these days that increasingly isn’t a bad thing.

Like all biopics, it faces the challenge of how to tastefully present a famous person doing what they are famous for. As Dickens gathers fodder for his novel, some of his realizations occur organically, whereas others are so broadly executed that the viewer knows what moment of inspiration is coming before Dickens does.

Though no viewer will ever watch “The Man Who Invented Christmas” and think for a second that Dickens isn’t going to make the deadline for “A Christmas Carol,” it still amuses, moves, and intrigues with its central relationships and depictions of Dickens’ creative process.