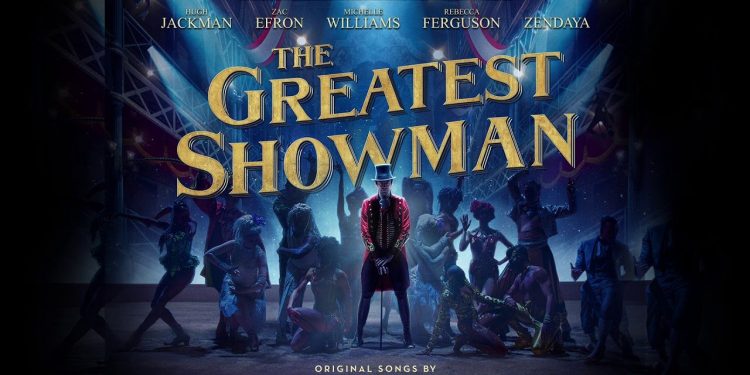 The was once a time when Hugh Jackman was known in certain circles for his Tony Award winning turn in The Boy From Oz more than his portrayal of Marvel Comics’ Wolverine. He is — and will be until his dying day — “Logan” to millions of superhero fans. Regardless, The Greatest Showman serves as yet another testament to the man’s versatility.

Ringling Brothers and Barnum & Bailey Circus folded its tent for good in 2017 after nearly 150 years of entertaining the world. It was only a matter of time before Hollywood, as it did with entrepreneur Ray Kroc’s McDonald’s tale in The Founder, came calling. Whereas director John Lee Hancock explored the more dangerous pitfalls of personal ambition with Kroc, industry peer Michael Gracey’s musical is an upbeat celebration of the American Dream. Barnum’s foibles are exposed, but overall the script (and its 11 songs composed by Benj Pasek and Justin Paul) simply delivers family-friendly entertainment.

The plot to Greatest Showman is fairly straightforward: P.T. Barnum (Jackman) is the son of a tailor who journeys to America after winning over his (high society) childhood sweetheart Charity (Michelle Williams). The couple toils away in America with two children until Barnum hatches a plan to make stars of society’s freaks and outcasts.

“Does it bother you that everything you’re selling is fake?” Bennett asks the businessman during a confrontation.

“Do these smiles seem fake?” replies Barnum. “It doesn’t matter where they come from. The joy is real. […] Hyperbole isn’t the worst crime. Men suffer more from imagining too little than too much.”

Bennet says the rhetoric he’s hearing is the telltale sign of “a true fraud” before Barnum replies, “When was the last time you smiled or had a good laugh? A real laugh. A theater critic who can’t find joy in the the theater. Now who’s the fraud?”

Screenwriters Jenny Bicks and Bill Condon may as well have been talking to real critics. Just as with Star Wars: The Last Jedi, a giant chasm exists between critics and fans exists on the review aggregator Rotten Tomatoes — 55% ‘Rotten’ to critics and 90% ‘Fresh’ to fans.

The bottom line is that The Greatest Showman seems to be suffering from political backlash for billing itself as wholesome entertainment instead of ham-fisted left-wing propaganda and a sustained attack on capitalism.

“In an era when social justice politics have encouraged many artists to become more thoughtful in their depictions of historical figures, ‘The Greatest Showman’ feels like an unnecessary step backward toward a more simplistic type of storytelling,” Salon, for example, wrote Dec. 22.

The problem with many modern movie critics is that it is now considered “simplistic” to use characters and story as a vehicle for pure entertainment instead of social engineering. It’s not enough to enjoy the magnetism of Hugh Jackman as he belts out song after song, or to be pleasantly surprised by Zac Efron’s efforts as elite moneyman “Phillip Carlyle.” The critics demand that even musical dance numbers about circus acts offer heavy-handed partisan politics.

Moviegoers who enjoy musicals, particularly those who have children, should see The Greatest Showman during its theatrical release. It’s 1 hour and 45 minutes of clean fun. Barnum says at one point that people will pay for “the pleasure of being hoodwinked,” but Jackman’s performance is definitely not a con job.