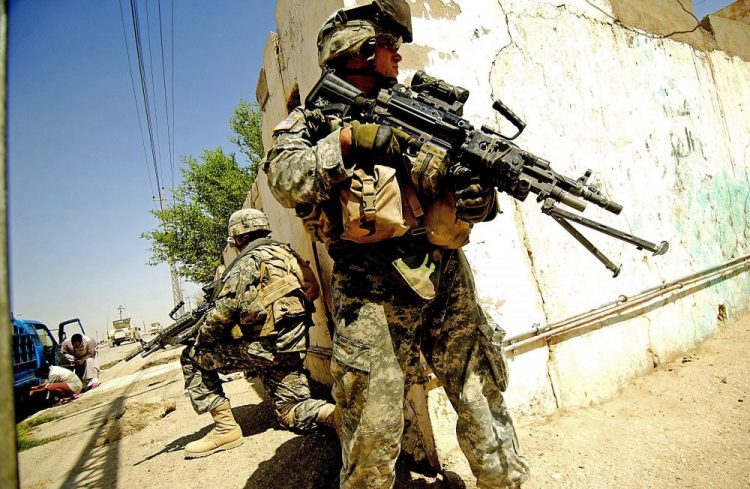 The Marines’ mission: to kill or capture anti-Iraqi forces. Their experience: like being in hell. From the winter of 2006 through the spring of 2007, 250 Marines from Echo Company, 2nd Battalion, 4th Marines Regiment fought daily in the dangerous, dense city streets of Ramadi, Iraq, during the Multi-National Forces Surge ordered by President George W. Bush.

Listen to our exclusive author interview with Major Scott A. Huesing, the commander who led Echo Company through Ramadi. He takes readers back to the streets of Ramadi with Echo in Ramadi, a visceral, gripping portrayal of modern urban combat. Bound together by brotherhood, honor, and the horror they faced, Echo Company’s Marines battled day after day on the front lines of a totally different kind of war – a war without rules and built on chaos.

OUR GUEST AUTHOR – Major Scott A. Huesing
BOOK OVERVIEW – Echo in Ramadi: The Firsthand Story of US Marines in Iraq’s Deadliest City

Of all the books I’ve read on the War on Terror, Echo in Ramadi puts people on both sides of the wire with the men seeing it through their eyes on the battlefield and back home with the families that share their  pain and perception waiting for news of their Marines. Major Huesing has delivered a timeless account of war for all to read.

IF YOU LIKED THIS EPISODE