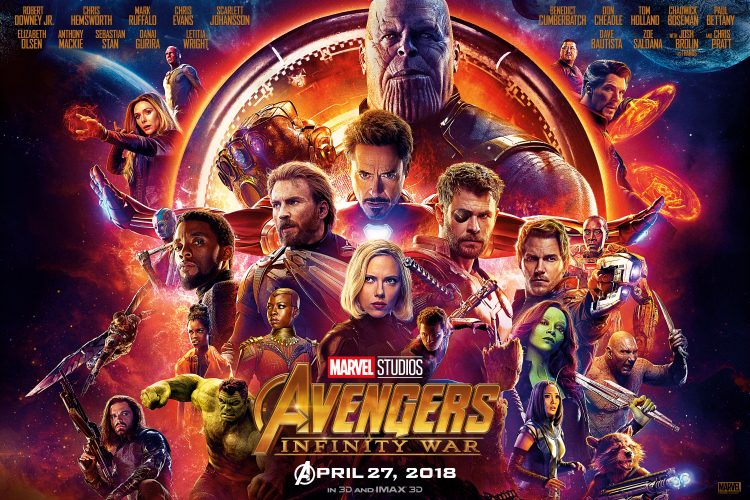 Avengers: Infinity War shattered box office records its opening weekend and raked in a record $640 million around the globe. It did so in part because it’s the movie that superhero buffs have waited for since Robert Downy Jr.’s iconic performance in 2008’s Iron Man. Directors Joe and Anthony Russo, along with co-writers Stephen McFeely and Christopher Markus, gave fans exactly what they wanted.

As the platoon of actors for Infinity War makes clear, Marvel’s sprawling cinematic universe produces a problem for critics. Is a movie “good” if it requires the audience to watch some percentage of 18 previous films within the MCU catalog? The liberal website Mother Jones, for instance, said Infinity War “fails in almost every respect,” while ideological ally Salon warned of its “dangerous precedent.”

In short, critics are dealing with a wholly unique cinematic animal. If a man goes into the theater expecting Infinity War to serve as an entry point into the MCU, then he will likely walk away disappointed.

The plot for Marvel’s latest adventure is incredibly simple: an alien named Thanos (Josh Brolin) seeks to bring “balance” to the universe by enacting cosmic genocide. The grim fate of his overpopulated home world turned him into an intergalactic environmental extremist, which propels him on a quest for six “Infinity Stones.” Capturing all six stones will allow Thanos to control space, time and reality itself.

What makes Infinity War compelling, however, is that it seems as though the writing team received an advance copy of clinical psychologist Dr. Jordan B. Peterson‘s bestseller 12 Rules for Life. Key plot points are described perfectly with “Rule 7: Pursue What is Meaningful (Not What Is Expedient)”.

“What’s the difference between the successful and the the unsuccessful? The successful sacrifice,” the author says. “Things get better as the successful practice their sacrifices. The questions become increasingly precise and, simultaneously broader: What is the greatest possible sacrifice? For the greatest possible good? And the answers become increasingly profound. The God of Western tradition, like so many gods, requires sacrifice. … But sometimes He goes even further. He demands not only sacrifice, but the sacrifice of precisely what is loved best.”

Heroes and villains in Infinity War are confronted with difficult scenarios involving sacrifice. Given that the entire universe is at stake, key characters are asked to part with “what is loved best.” Some of them do what needs to be done. Others falter, and the end result is a dark cliffhanger that is already being likened to the MCU’s version of Star Wars: Episode V — The Empire Strikes Back (1980).

“Did we just lose?” Starlord asks near the end of the movie. Soon afterward he receives the answer in a reveal that Disney went to great lengths to keep secret. Fans will have to wait until 2019 to see how Thanos is thwarted, but unlike the result of director Rian Johnson’s controversial Star Wars: Episode VIII — The Last Jedi, there is heightened desire to see how it all ends.

Whereas outrage greeted Mr. Johnson for his handling of Luke Skywalker, MCU fans are exiting theaters with expected levels of sadness, shock, awe and wonder.

There are not many individuals who could have creatively juggled all of the plates handed to the Russo brothers, but they somehow managed to pull it off. Infinity War could have been a discombobulated mess, but instead its a PG-13 rated superhero movie worthy of the box-office records it now holds.