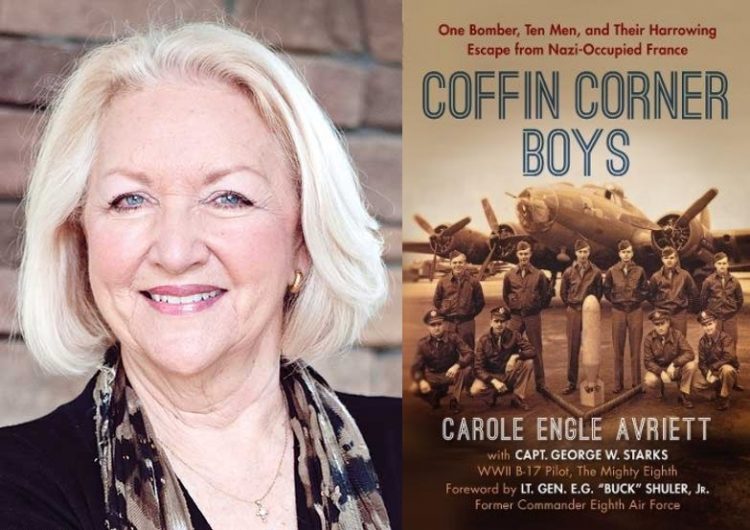 Carole Avriett is an author of five other books, where her work sits at the intersection of true-life narratives and military history.  She was also an editor of Southern Living Magazine for 15 years.

As a young band of brothers flies over German-occupied France, they come under heavy fire. Their B-17 is shot down and the airmen―stumbling through fields and villages―scatter across Europe. Some struggled to flee for safety. Others were captured immediately and imprisoned. Now, for the first time, their incredible story of grit, survival, and reunion is told.

“…readers will catch a glimpse into first-hand accounts of what very young men did in serving our country at a time when the world was at war – and how brave people abroad responded to their mission.  You will be inspired and engrossed at every turn of the page of this remarkable book.”