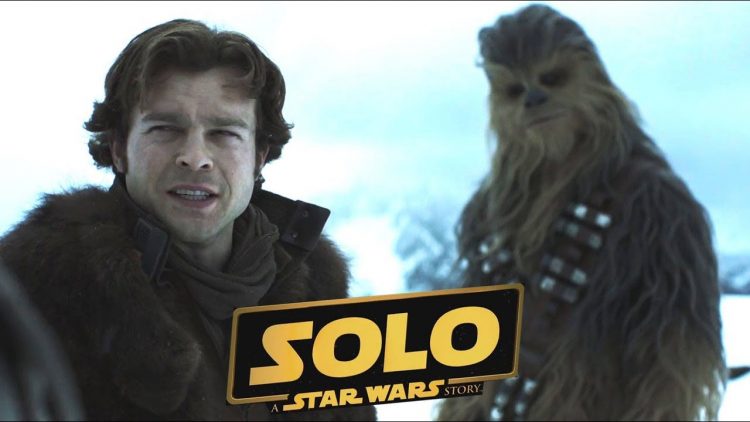 The saddest thing about the dismal $103 million domestic opening weekend for Solo: A Star Wars Story is that it didn’t have to be that way. Director Ron Howard cobbled together a flawed but fun tale after replacing Philip Lord and Christopher Miller late in the game, but he in no way should be Lucasfilm President Kathleen Kennedy’s fall guy for the movie’s lackluster debut.

The result: An angry and divided fanbase started a YouTube “rebellion” of sorts that has Disney scrambling for answers.

Perhaps the brightest spot for Disney’s Solo is a coherent plot, given the rumors of production woes that led to Howard’s hiring and a bloated $250 million budget. Han (Alden Ehrenreich) and love interest Qi’ra (Emilia Clarke) are separated early in life while trying to escape a tyrannical mining planet, and the anti-hero (in name only) spends every waking moment trying to make his way back to her.

Han’s attempt to live happily ever after leads him to a stint in the Empire as an infantryman, his fateful meeting with Chewbacca (Joonas Suotamo), and eventual entry into outlaw life via smugglers Becket (Woody Harrelson), Val (Thandie Newton), and Rio (voiced by Jon Favreau). A heist gone wrong requires the rogues to agree to a riskier job for a stay of execution, but its completion may set the stage for a long-awaited romance.

Finally, Paul Bettany plays Dryden Vos of the criminal organization Crimson Dawn, aka the man who primarily stands between Han and de facto indentured servant Qi’ra flying off into the sunset.

“Everybody serves somebody, Han,” Qi’ra says at one point. “Even Dryden Vos. Look, you don’t want to make an enemy of Crimson Dawn, which is exactly what you and I would both be doing if I left here with you.”

“I’m not afraid of Crimson Dawn,” Han replies. “I can take care of myself. I’m not the kid you knew on Corellia anymore, Qi’ra. … I’m an outlaw.”

“You can tell yourself that, but I might be the only person in the whole galaxy who knows what you really are. … You’re the good guy,” she replies.

The exchange, besides inadvertently coming across a bit like Pee-Wee Herman telling Dottie that he’s a “loner” and a “rebel” in Pee-wee’s Big Adventure (1985), exposes one of the biggest problems with Solo: The film erases the character arc from Star Wars: Episode IV — A New Hope (1977). Ehrenreich plays a version of Han Solo, but in many ways his performance feels like an alternate universe take of the character.

In short, moviegoers who always wanted to see how Han Solo survived the Kessel Run may want to see Disney’s latest Star Wars film. Similarly, how the character received his blaster, last name, and the Millennium Falcon from Lando are revealed. There is a laundry list of “fan service” in the film for those who are obsessed with pop culture trivia.

Die-hard Solo fans should consider seeing the movie while it’s in theaters, but making it there in “less than 12 parsecs” is unnecessary.