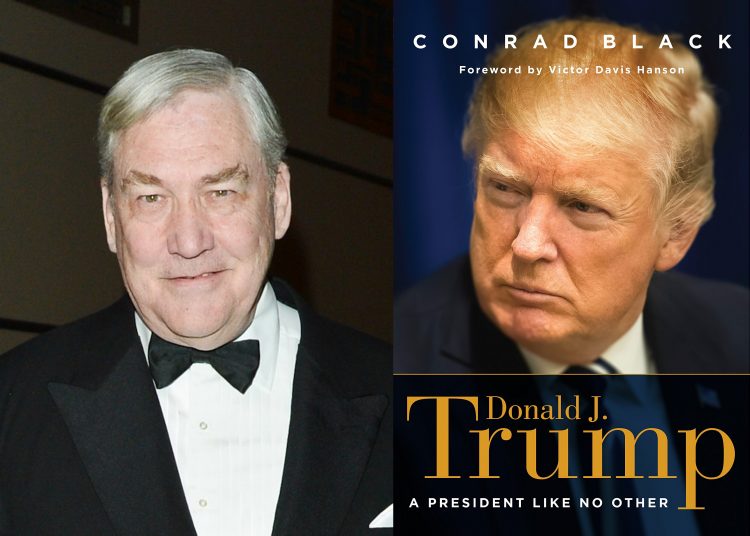 Media tycoon Conrad Black discusses his new book, Donald Trump: A President Like No Other, his friendship with him, and explains how Trump’s financial failings forged a president.

Bestselling presidential historian Conrad Black (Franklin Delano Roosevelt: Champion of Freedom and Richard M. Nixon: A Life in Full) has negotiated with Trump in business; he knows him as a perceptive, thoughtful, and amusing friend; and, as a presidential biographer, Black can place Trump in historical context and much needed perspective.

Yes, says Black, Trump can be the consummate showman.  Yes, Trump believes in “truthful hyperbole.”  And yes, few would have pegged Trump as a future president. But, as Black points out, that ambition had been building for a long time. Trump diagnosed what America’s ruling elite, in its arrogance, had ignored for more than twenty years—that it had mismanaged America’s affairs for the benefit of the few, the well-connected, and privileged identity groups, and not for the American people as a whole.

BOOK OVERVIEW – Donald Trump: A President Like No Other

Donald Trump: A President Like No Other is an admiring and undiluted biography. Every page has either a shrewd insight or a revealing detail – and often both – about the life of Donald J. Trump.

Tags: Conrad Black, Donald J. Trump: A President Like No Other, Donald Trump