The Top 6 Picks for Pres. Trump’s Next Supreme Court Justice 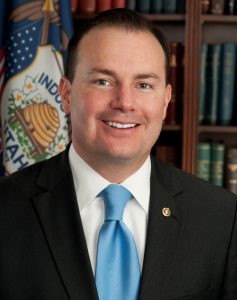 Though currently a politician, Sen. Mike Lee not only has a law degree and years of practice as an attorney, but also grew up watching his father, who was Solicitor General under Pres. Ronald Reagan, argue before the Supreme Court. A devout Mormon, Sen. Lee clerked for Justice Alito before and during Alito’s time on the Supreme Court, and has served Utah as senator for over eight years.

Sen. Lee “advocates efforts to support constitutionally limited government, fiscal responsibility, individual liberty, and economic prosperity,” and would continue this mission as a Supreme Court justice.  Sen. Lee voted against repealing Obamacare not because he wanted to keep Obamacare (far from it), but because the repealing bill didn’t go far enough in protecting the American people.

Do you think Sen. Mike Lee should be the nominee? Vote HERE!