Movie Review: “Won’t You Be My Neighbor” 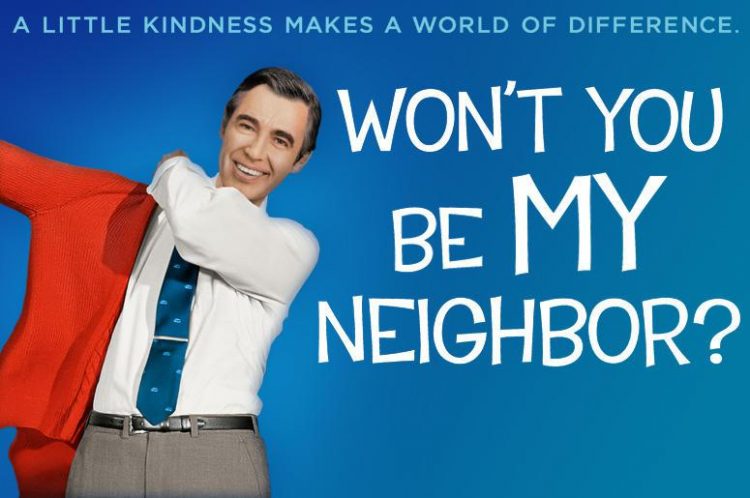 “Won’t You Be My Neighbor” twinkles with Fred Rogers’ own piano tunes, and strolls through the life and work of “Mister Rogers,” celebrating him through interviews, clips from his show, and the words of his own neighbors.

This delightful summer treat is sweetly nostalgic. “Won’t You Be My Neighbor” is a comforting reminder that genuine love can unify people even through the television screen, which is perhaps the last place we’d expect to find care and compassion in 2018.

“Won’t You Be My Neighbor” takes the time to show the nuances of Rogers’ attitude towards his primary audience. Rather than shelter kids from reality, Rogers embraced opportunities to discuss the fear of failure, the reality of death and of divorce on “Mister Rogers’ Neighborhood.” He believed that if children didn’t have reality explained to them, they would be left “isolated and at the mercy of their own fantasies of loss and grief.”

Honesty became the language of kindness in “Mister Rogers’ Neighborhood.”

While he used make-believe land to teach truths, through the voices of King Friday XVIII, Lady Elaine Fairchilde, and Daniel Tiger, the boundary between make-believe and real life was always clear.

When this line blurred in children’s minds – once, in a fatal Superman flight – Rogers re-established the “pretendness” of make-believe. He spent an entire week on superheroes, including an episode where the puppet Anna attempts a flight with a “super skirt,” only to be rescued and told, “you have to be careful with super things.”

He simultaneously protected children’s vulnerability, assuring them of the protection of their parents, and believed children both deserved and could handle the truth.

Rogers believed that his relationships with children through the TV screen were real, and that, as a Presbyterian minister, he was called to cultivate those relationships.

The film illustrates Roger’s awareness of his audience by showing the wide-eyed faces of children overlaid with scenes from Rogers’ show, as if the movie audience is watching the children look “into” the TV screen. The faces are both light- and dark-skinned, of girls and boys – and each face is distinct, reflecting Rogers’ attention and care for the individual children, not simply for an impersonal audience.

“The space between the TV and whoever happens to be seeing it – I consider that holy ground,” Rogers said.

Rather than focus on Sundays, Rogers’ ministry happened the other six days of the week. Rev. George Wirth, a pastor and a friend of Rogers who appears on the documentary, says “he didn’t wear a collar. He wore a sweater.” The tools of Rogers’ ministry were finger puppets, shoelaces, and hugs.

However, in its effort to find the source of Rogers’ overflowing attention and care for children, “Won’t You Be My Neighbor” shortchanges Presbyterian teaching.

For Presbyterians, each human has dignity and should be equally and individually valued not because he or she is essentially good, as the film implies, but because each person is created in God’s image. The belief that each person bears God’s image encourages Presbyterians to simultaneously believe in man’s natural sinfulness, and respect each person’s dignity.

Christianity, and Presbyterianism in particular, can thus be clear-eyed about people’s capacity for great good and for great evil. We can do good because we’re made in the image of a good God, but we also do bad things because man fell from pure goodness and was corrupted by sin in Eden.

“Won’t You Be My Neighbor” runs the risk of making Rogers a little too good to be true. His son acknowledges that “it was a little tough for me to have the second Christ as my dad,” and the documentary doesn’t dissuade us from seeing Mister Rogers as an angel on earth.

“Won’t You Be My Neighbor” acknowledges the danger of presenting Rogers as a two-dimensional character – “he might as well have been an animated figure stepped into real life” – but doesn’t altogether escape.

A typed note in which Rogers doubts his ability to write a script, late in his career, rings insincere in the saintly narrative of Rogers’s life presented by the film. It feels cliche. Excess humility is such a holy weakness.

But the detail that Rogers faced bullying as a child because of his weight is touching, because it fleshes out Rogers’ own childhood and reminds us that, surprisingly, Mister Rogers wasn’t always middle-aged and woolen-sweatered.

Hearing about Rogers’ childhood bullying unifies Rogers’ life, showing that the narrative arc of Rogers’ life was broader than the plot of a “Neighborhood” episode. It provides motivation for Rogers’ character, as a good film should, and this film is about more than Mister Rogers on television – it’s about Fred.

So enjoy the romp through the neighborhood, in “Won’t You Be My Neighbor,” but don’t forget Fred Rogers in your nostalgia over the good old “Mister Rogers.” The film will, quite literally, thank you.

Tags: Fred Rogers, Mister Rogers, Won't You Be My Neighbor