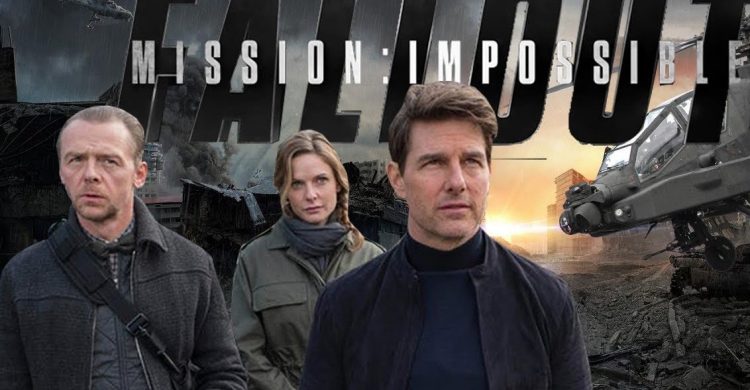 Tom Cruise has still got it and the canon of great action movies has just received a new entry. Since the start of the decade, the Mission: Impossible franchise has hit a fine stride, adding continuity to a formerly disjointed series, discovering the perfect cinematic style, and dazzling audiences with terrifying stunts, famously performed by Cruise himself. It’s common for new releases to benefit from overpraise and hyperbole, but the series’ sixth entry “Mission Impossible: Fallout” deserves its 97% Rotten Tomatoes Score, its $155 million worldwide opening, and most importantly, a gushing review from me.

“Mission Impossible: Rogue Nation” director Christopher McQuarrie helms “Fallout,” marking the first time in franchise history a director has returned to direct a second movie. I was initially disappointed by this breaking of tradition, but now it’s apparent that McQuarrie’s style is the direction in which “Mission: Impossible” should continue to go.

His return provides consistency to a franchise that for years didn’t bother with it.  Brian DePalma began the series strong in 1996 with the suspenseful Hitchcockian spy thriller, “Mission Impossible.” This was followed by the drastically different series low point “Mission Impossible 2,” an overly-stylized shoot-em-up by John Woo more concerned with gunfights than cloak-and-dagger intrigue. Though this continued in J.J. Abrams’ more visually pedestrian “Mission Impossible 3,” renowned animation director Brad Bird began the course correcting in 2011 with his first live-action foray, “Mission Impossible: Ghost Protocol.” With McQuarrie’s entry on “Mission Impossible: Rogue Nation,” he restored the balance of espionage and high-octane action, combining the best qualities of all the prior films into a very appealing cocktail.  In “Fallout,” he raises this perfect melding to stratospheric heights.

Also written by McQuarrie, “Fallout” follows the events of “Rogue Nation.” In the years since IMF agent Ethan Hunt (Tom Cruise) and his team took down the international crime organization The Syndicate and captured its leader Solomon Lane (Sean Harris), the remnants of The Syndicate have splintered into a terrorist group called The Apostles. Ethan’s IMF team attempts to intercept the black-market sale of three plutonium cores in Berlin, but The Apostles obtain it when Ethan chooses to rescue his teammate Luther Stickell (Ving Rhames) from a hostage situation and let the plutonium out of his sight. His team then sets out to retrieve the plutonium cores before The Apostles sell them to a mysterious buyer named John Lark, but CIA director Erica Sloan (Angela Bassett) has brutish agent August Walker (Henry Cavill) shadow Ethan to ensure he doesn’t again jeopardize the assignment.

Though closely tied with the fifth movie, “Fallout” feels like a standalone entity rather than just a footnote to “Rogue Nation.” Seeing the previous movie may be useful, but McQuarrie’s writing quickly catches the uninitiated up to speed in the midst of the most involved plot since that of the original film. I was refreshed to see an action movie that demands viewers listen to the dialogue between its scenes of white-knuckle brawling, fast-paced vehicle chases, and incredible stunt work.

Visually, the movie is an absolute stunner. Part of the fun of spy movies is seeing foreign locales, and McQuarrie captures European cityscapes and the natural vistas of Kashmir with a breathtaking sweep. He also proves he’s one of the best action directors around, filming Cruise’s stunts and fight scenes with complete clarity no matter how frenetic or violent the action. Between an incredible stunt where Cruise climbs a rope attaching a payload to a helicopter hundreds of feet in the air and an absolutely brutal fight scene where Ethan and takes on the suspected John Lark, “Fallout” contains some of the series’ most jaw-dropping moments.

For all its technical glory, what ultimately makes “Fallout” a rewarding watch is the chemistry and camaraderie between the IMF team. If this movie has a theme, it’s the friends versus mission dilemma, and one can see why Ethan always wants to save his teammates. Ving Rhames as Luther Stickell gives the movie its heart and has a particularly touching moment that refers back to his many adventures with Ethan Hunt. Simon Pegg provides well-timed comic relief as greenhorn field agent Benji Dunn and fans of the series can’t help but admire his character struggling through field work since first seeing him as the nebbish computer guy in “Mission Impossible 3.” Rebecca Ferguson returns in her “Rogue Nation” role of MI6 agent Isla Faust and has great platonic chemistry with Cruise that just toes the romantic line. Cruise is the star everyone pays to see, but the lofty extent to which he goes to entertain would mean little without such a good cast to work off of during the quiet scenes.

Where the “Mission Impossible” movies have long fallen short of the James Bond series is with its villains, often serviceable to the plot rather than memorable characters. That said, “Fallout” gives us better than usual. Sean Harris returns as snakey-voiced terrorist mastermind Solomon Lane and his way of talking immediately makes him a guy you love to hate. Whereas “Rogue Nation” didn’t spend too much time on his philosophy, “Fallout” delves further into this, portraying him as an anarchist longing for the destruction of the current world order after becoming disillusioned working for British intelligence.

Anybody who has seen the trailers already knows that Cavill’s character will eventually be revealed as an antagonist, and the movie doesn’t really try to hide it. Cavill is often a wooden actor, but here he’s aptly cast as a brute, a “hammer” to the “scalpel” that is Ethan Hunt. The two share a convincing onscreen rivalry and he’s the first antagonist that seems like a physical threat to Ethan. Though Walker at one point mentions how many times Ethan Hunt has been betrayed and disavowed by his own government, the movie fortunately doesn’t ever attempt any half-baked moral grey area subversion or suggest that the anarchists have a point. It’s always on the side of what Solomon Lane calls Ethan Hunt’s “pathetic morality.”