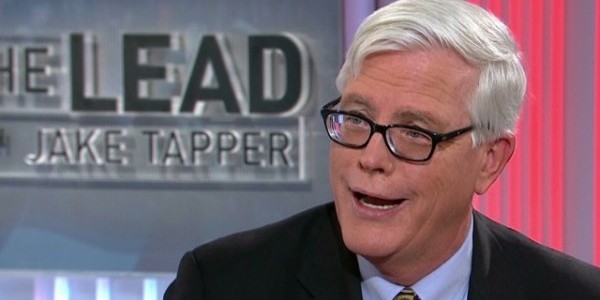 Article from Politico. Written by Dylan Byers
Conservative radio host Hugh Hewitt says he has no intention of taking the limelight when he takes the mic during the Republican presidential primary debate in California this September.

“Every debate panelist ought to view a great debate as one in which no one knows the name of the panelists,” Hewitt, who will ask questions of the GOP candidates during a portion of the debate, told the On Media blog. “You ask good questions and get provoactive answers. But if you’re named in the paper the next day, you’ve screwed up.”

Hewitt’s appointment to the panel — his first invitation to a presidential debate — reflects a new RNC effort to pair conservative media figures with mainstream media. Salem Media Group, Hewitt’s broadcaster, is the official partner for three of the GOP debates.

Hewitt describes himself as center-right, but he’s earned respect from journalists across the media landscape for his take-no-prisoners approach to interviews with politicians and pundits of every political persuasion.

Still, Hewitt said the GOP field shouldn’t be feeling any trepidation: “I live on the center-right, and I’m just going to be asking them the questions the audience wants me to ask them,” he said. “I think they live more in trepidation of out-of-left-field questions from members of the mainstream media.” (As an example, Hewitt cited “the birth control question George Stephanopoulos asked in Manchester” during the 2012 campaign.)

One frequent guest on Hewitt’s radio program is CNN’s Jake Tapper, who is likely to serve as one of the debate’s moderators, according to a source with knowledge of CNN’s plans. Hewitt said he didn’t know who would be moderating the debate, but said Tapper’s recent book on Afghanistan (“The Outpost: An Untold Story of American Valor”) gave him “unique credibility in this cycle.”

“There are a lot of great people at CNN like Wolf Blitzer and Anderson Cooper,” Hewitt said. “Of course, Jake is a friend of the show, he comes on this show a lot.”