Why You Should Care About ISIS (Author Interview with Erick Stackelback) 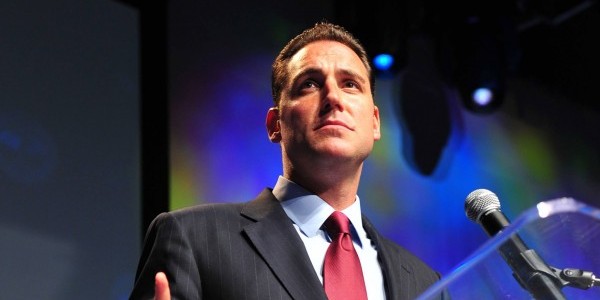 In his new book, “ISIS Exposed: Beheadings, Slavery, and the Hellish Reality of Radical Islam,” acclaimed investigative reporter Erick Stakelbeck provides a window into one of the world’s most deadly terror organizations, which is right in our backyards.

Townhall: First off, I want to ask you about the title of your book, “ISIS Exposed.” What can readers expect to learn about ISIS that they haven’t heard in the news?

Stakelbeck: It’s interesting because when we think of ISIS, many times we think of what they’re doing in the Middle East. They’ve formed this caliphate, they’ve conquered 35,000 square miles of territory in the heart of the Middle East, but why should Americans care? Well here’s a hint: Just last month FBI Director James Comey made a really astounding statement, he said that in all 50 states right now there are active investigations into ISIS-related activity. That includes Alaska and Hawaii, so what we have is in every state of the union we have a network of ISIS supporters and sympathizers, not only that, we’ve had some 180 U.S. citizens leave their comfortable homes here in America, travel over to Iraq and Syria to join up with this Islamic State—even worse, in Europe, by the way, at least 3,500 western Europeans have left and gone over to join ISIS, and the big fear is that if they don’t get killed waging jihad over there in the Middle East, one day they will return home and once they return home all bets are off.

Townhall: In Chapter three, “Target America: Why You Should Care About ISIS,” you talk about how lone wolf attacks represent the new normal for the West in the age of ISIS. What do you mean by that? Should Americans just learn to live with this fear, this new reality, or is there something we can do to actually combat it here at home?

Stakelbeck: It is a new reality. Look, ISIS, and I described this in the book, their strategy, they want to turn the United States and Western Europe into guerilla warzones where you have a Boston bombing-style attack, a Fort Hood-style attack, a Paris-style attack on a regular basis in U.S. and European cities. It doesn’t take a brain surgeon to yell ‘Allahu Akbar,’ walk into a shopping mall and start firing.

To give you an example of how prevalent the threat is now, back in September in Sydney, Australia, Australian authorities broke up a plot by ISIS supporters to randomly kidnap someone off the street, some poor soul walking to work in the morning, these ISIS supporters planned to randomly kidnap someone and behead them and blast it out on YouTube all over the world. That’s the climate we’re dealing with right now.

How do we combat that? Thankfully, here in the U.S. our law enforcement, our intelligence services have done a great job … but secondly, what would be great in terms of combating this is if we had a mass movement of moderate Muslims. We’ve had courageous individual voices speak out, I think of Dr. Zuhdi Jasser, who’s excellent, but we’ve had 9/11, London, Madrid, Paris, the rise of ISIS; where is a mass movement of Muslims around the world? We need millions of Muslims in the streets condemning ISIS, condemning jihad, we need a million Muslim march on the National Mall, clearly we’re not there yet.

Townhall: Do you think what you’ve seen happen in places like London (“Londonistan”) and Minneapolis (“Little Mogadishu”) is a direct result of policies that promote multiculturalism over assimilation?

Stakelbeck: Absolutely. I warn in the book that here in the United States, we’re following the same destructive path that Europe has gone down over the last 20-30 years. I’ve been on the ground in East London, for instance, the growing Muslim population is increasingly radicalized and really doesn’t have a desire to assimilate and integrate into British society. Now, you go to a place like Minneapolis and St. Paul where I’ve also spent time on the ground investigating for this book. This is a frozen tundra of the upper Midwest, right? It’s a nice place, it’s prosperous, has a great quality of life there, but the Twin Cities have sent more terrorists overseas than any other city in the country, in the United States over the past several years.

We’ve had dozens of young people leave their comfortable existences in the Twin Cities to travel overseas to join groups like ISIS. The main source of this jihadist pipeline from Minnesota to Syria, Iraq, and Somalia is the growing Somali-Muslim population in Minneapolis and St. Paul. It has the largest Somali-Muslim population in all of North America. Some 100,000 Somali-Muslims live in the Twin Cities, so unfortunately again, that population … there are major problems like we see in Europe with assimilation and integration and when you aren’t integrating into your host society you become more susceptible to the lure of these jihadist recruiters.

Townhall: In 2006 and 2007 in Iraq’s Anbar Province, we saw al Qaeda’s extreme brutality really turn people against them. But with ISIS, theirs only seems to attract more young followers. What’s the difference?

Stakelbeck: It’s very interesting—the folks behind ISIS’s social media strategy are reportedly Westerners, including an American who grew up in the Boston, Mass., area. They’re the most social media savvy terrorist group we’ve ever seen. ISIS is addicted to Twitter, Facebook, Instagram, YouTube. They’re on Twitter constantly, their supporters, their sympathizers, the ISIS network tweets some 90 tweets/minute. It’s amazing the extent of it.

Number two, they’ve spent hundreds of thousands of dollars on their propaganda videos. They spent $200,000 for instance on their big focus, “Flames of War,” slick production values, it looked like a Hollywood action flick, so they’re very, very smart. They know exactly the message and the means to resonate and connect with Western, English-speaking young people. The situation we’re in right now is a lot of these young people, the millennial generation, have been raised on violent video games, on violent gory horror movies where people are being tortured and chopped up, and where you and I are repelled by what ISIS is doing with the beheadings, there’s a certain segment of the population in the West who is actually attracted to that, it’s a twisted thing but it’s a real problem.

Townhall: You’ve written three books in the last four years on radical Islam and terrorism. From everything you’ve learned, is there one thing in particular that keeps you up at night?

Stakelbeck: The thing that probably keeps me up most at night is the lack of leadership in confronting this threat. I’ve written these books in the age of Obama, and the thing that concerns me the most is that our leadership and really Western leadership has no concept of whatsoever on how to confront and defeat this threat. We have president Obama just a few weeks ago giving a speech where he says that jihadists and the radicals around the world have “legitimate grievances,” he basically blames the rise of ISIS on a lack of economic opportunity and career advancement in the Muslim world—this is insane. Terrorism is a tactic. It is fueled by ideology.

I’ve outlined in the book how ISIS is the most middle class, well off, cosmopolitan terrorist movement we’ve ever seen. We have medical students, we have business students, we have college graduates, we have people from affluent suburban backgrounds who are joining ISIS because of ideology. Our leadership, we have President Obama, his administration refusing to even acknowledge that this ideology exists, refusing to even name it. If you can’t name the enemy, you can’t defeat the enemy, and I really see this as a Winston Churchill moment. I keep saying from the late 1930s, early 1940s, Churchill saw the gathering Nazi storm, he also saw the gathering Soviet storm a few years later, coining the phrase the Iron Curtain. We need a visionary like that today. And ironically, the one person who does see the gathering radical Islamic storm and is willing to say it is the Israeli Prime Minister Benjamin Netanyahu. But unlike Churchill in an earlier era, instead of being embraced by Western leaders, Netanyahu is being shunned, and to me it’s really distressing how history repeats itself.

Townhall: Finally, is there anything else about your book that you’d like our readers to know that I haven’t asked you about?

Stakelbeck: You mentioned the border. And I think that’s an issue that’s near and dear to a lot of people’s hearts right now. I interviewed a former CIA clandestine services officer who spent decades overseas in hotspots in the Middle East, and he told me ‘Look, Erick, the thing that keeps me up most at night is the thought, our southern border’s completely porous. … the possibility that ISIS or its supporters would smuggle chemical or biological weapons over the southern border into the United States.’

Now this is a hardened CIA veteran, he’s warning about that border. It’s so inviting it’s almost inevitable that some terror group, and I’m sure they’ve done it already, I’m sure jihadists have infiltrated that borer already, it’s almost inevitable that there’s going to be some kind of incident that stems from that porous southern border and our leadership is going to have to answer for it in America.

In terms of combating this ISIS threat, I talked about how we need a movement of moderate Muslims, obviously … but what we could do, we have this ISIS caliphate in the heart of the middle east in Syria and Iraq. We should smash it militarily. We should decisively crush and defeat the Islamic State in Syria and Iraq. Yes, they’re a formidable force in the Middle East, they have 30-40,000 foot soldiers, but with the might of the American military, the most powerful fighting force in world history, we could crush ISIS easily. We need to crush ISIS like we crushed the Japanese war machine, the German war machine in World War II … it would demoralize ISIS’s followers around the world. It would hit right at their ideology because right now their success is creating attraction, so if we could smash that caliphate but we don’t have the leadership right now that’s showing any will whatsoever to do that. President Obama wants to just mange the threat until he leaves office. Meanwhile, even though we’ve carried out airstrikes, which have been effective, the ranks of ISIS continue to grow.