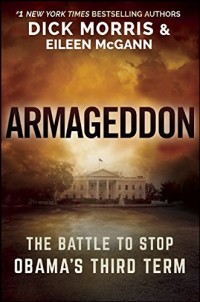 Timed for the critical presidential election season, New York Times bestselling author and noted political commentator Dick Morris provides a strategy and position on the issues for Republicans to attract crucial new voters to the party in order to win back the White House in 2016 and put an end to the Obama agenda of ruinous socialism.

The presidential election of 2016 is truly America’s Armageddon — a decisive battle that will determine the future of this country. At stake is the vision of America as a free market democracy offering opportunity to our citizens and leading the world as a force of freedom. Eight years of Obama has sapped America’s strength, but America is not defeated. 2016 will be the decisive battle in the struggle against socialist uniformity, collective anti-individualism, executive usurpation, and political corruption.

Republicans lost the elections of 2008 and 2012 because we ran our campaigns following the same mold that produced victories in the prior decade. The party stayed within its base, failed to reach out to new voters, and did nothing to inject new issues. In order to win in 2016, Republicans must turn the process around and focus on those unlikely, new voters – black, Latino, young, and female – into the electorate. Armageddon reveals the issues that will appeal to this new electorate.

By using new issues, attracting new voters, and offering new alternatives, Republicans can win the election of 2016 and save America! This book will be must reading for pundits, politicians and voters alike looking to end America’s decline and get on the path to prosperity again.