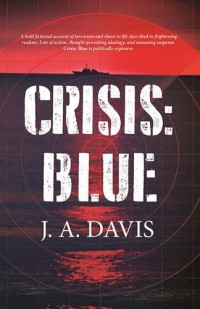 North Korea continues to taunt the United States by detonating nuclear weapons and launching long-range missiles across the Pacific. This threat is suddenly overshadowed by the destruction of the US fleet as it sails through the Straits of Hormuz and into the Persian Gulf. As the crisis escalates, little attention is paid to several blue, bloated, and grossly disfigured Asian sailors who wash ashore in Galveston, Texas. Meanwhile, the North Korean cargo ship, Il-sung, is able to slip into Whiskey Bay, Louisiana, unnoticed, where she offloads her cargo: highly radioactive weapons of mass destruction.

As more Asian sailors become deathly ill from the many weeks spent at sea in close proximity to their lethal cargo, they are transferred to a small hospital in Carencrow, Louisiana, for treatment. Dr. Rex Bent, an emergency room physician, immediately becomes suspicious and notifies the proper authorities. With their coup de grâce in jeopardy the extremists realize that Dr. Bent–and his wife and confidante, Trissy–must be eliminated without raising suspicion. Pursued and hounded like traitors who had betrayed their country, the Bents are in a race against time, determined to discover the significance of Crisis: Blue.